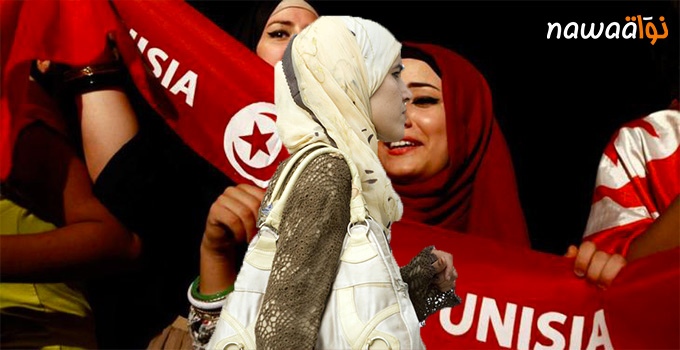 In his speech on National Women’s Day, Essebsi also pushed for the right of Tunisian women to marry non-Muslims, claiming that this decision neither contradicts the constitution nor Islamic law.

From its independence in 1956, Tunisia has taken several positive steps towards gender equality in the region – from the banning of polygamy and the institutionalization of women’s rights to file for divorce, to raising the minimum age of marriage for women and their right to pass on their nationality to their children. The Code of Personal Status (CPS), promulgated by Tunisia’s first president, Habib Bourguiba, institutionalised some progressive laws. As the North African gender scholar Mounira Charrad has noted, the reasons behind the reformation of the CPS are multilayered. Bourguiba’s rise to power was marked by his desire to “modernize” Tunisia through an eradication of tribal networks and an institutionalization of a Tunisian citizenship above individual loyalties. Within this setting, women’s individual rights were prioritized over kinship dynamics. In her other work, Charrad also notes that in Tunisia, gender-related laws and reforms have been based on the state’s political needs, interests and political interactions within particular contexts. While these progressive laws enhanced the perception of Tunisia externally, they arguably created more room for Bourguiba and Ben Ali to suppress the freedom of the Tunisian people. This comes as no surprise – authoritarian regimes in the Middle East and elsewhere have long used so-called progressive gender-related policies to legitimize their rule. Indeed, while laws might have been more favorable towards women in Tunisia, the political opposition was more repressed there than in Egypt and many other Arab countries.

Following the uprisings in 2011 and the processes of democratic transition, further steps were undertaken to pave the path towards gender equality. While the mainstream rhetoric depicts these reformations as top-to-bottom, Tunisian women have fought tooth and nail for their rights and freedoms. The fear that their rights would be sidelined – as has happened in many post-revolutionary states like Algeria and Iran – further encouraged Tunisian feminists to capitalize on the outcomes of the revolution by situating their demands at the center.

In 2014, Tunisia became the first country in the region to withdraw all of its reservations from the Convention on the Elimination of All Forms of Discrimination against Women (CEDAW). Today, Tunisian women are more politically represented in the parliament than any other Arab country, with 73 of the 217 seats occupied by women. In 2016, a remarkable bill was enthusiastically passed, stipulating that parties or coalition blocs are required to have an equal number of women and men in their candidate list for elections. The post-2011 constitution is notably committed to gender equality, with its constitutional guarantees to eliminate “all forms of violence against women” and provide equal opportunities between women and men in “all levels of responsibility and in all domains.”

Within this backdrop, the laws ushered in by Essebsi and Nidaa Tunis merit political contextualization.

Since its electoral victory in 2014, Nidaa Tunis has experienced a grim internal struggle and a growing lack of legitimacy. It lost its parliamentary majority in 2015, after the resignation of over thirty members due to months of tensions and accusations. Nidaa’s dissidents noted that the party’s lack of internal democracy, coupled with growing ideological incoherence and conflicting visions of ‘secularism’, pushed them to leave. There was also fear that the President sought to establish an all-too-familiar dynasty with the vice presidency of his son, Hafedh Caid Essebsi. Criticized for his lack of experience and incompetent tactics, Hafedh Essebsi’s coming to power further divided the party, with many fearing a reversion back to Ben Ali’s tactics of nepotism. Further, in 2016, when economic and political unrest was underway, President Essebsi’s response was a declaration of a nationwide curfew and the strategic use of anti-Islamist fearmongering. Subsequent to terrorist attacks in Tunisia, Essebsi enacted arguably repressive counterterrorism policies such as the closing of hundreds of mosques and the construction of a wall on the Tunisian border with Libya. He also publicly condemned and put a stop to many grassroots movements and reenacted an emergency law. These tactics, framed as security measures, also stirred fear amongst many Tunisians who were cautious of the exploitation of the security discourse as a means to repress freedom.

Nidaa’s weakness should not come as surprising, given the twisted history of secular parties in Tunisia. For a long time, secular parties in the region have had strong ties to authoritarian regimes, exhibiting weak internal democratic structures, rampant disorganization, and an inability to mobilise from the grassroots level. While they have not been scrutinized in the same manner that their Islamist counterparts have, there is a lot they can learn from Ennahda: organization, mobilization, and even internal democracy.

Despite the drawbacks of secular parties, Essebsi’s 2014 campaign appealed to many women,who were worried that their rights might not be protected under Ennahda. However, months into Essebsi’s presidency, women’s expectations dwindled, as the promised reforms occurred too slowly. In light of this, the timing of Essebsi’s decision could not be more perfect.

This debate also touches on the historically tense controversy in Tunisia related to secularism and Islamism. While many secular parties have run campaigns solely based on anti-Islamism, there are many segments in society that view Islam as an essential component. This is one of the main reasons that personal status laws have been hotly contested not just in Tunisia, but also in many other countries in the region. As Gomez-Rivas notes in her discussion of Egypt, there has been a “polarizing tendency” to turn a nuanced, complex debate into a black and white issue. This also touches on the long-running debate of whether or not the country should be governed solely by civil laws.

Since 2011, debates in Tunisia have been settled by mutual concessions. Scholar Nadia Marzouki has warned that these concessions have masked a double standard, whereby Nidaa’s coming to power has been embraced less critically than that of Ennahda. Indeed, while Islamist parties have long been scrutinized, secular parties have been embraced with less caution. Scholars have argued that this, perhaps, comes from the unfair assumption that secular parties are more liberal. The truth of Marzouki’s analysis should caution supporters of Essebsi’s call for reforms. While the move towards gender equality in inheritance laws is both necessary and laudable, the context and motives behind the president’s initiative should be questioned. For instance, Muslim feminists – many of who might perceive these changes as an attack on Islam – must also be taken into account. Most importantly, the debate on women’s legal status should not become a battlefront exploited by Islamists and secularists.

History has cautioned that the moves towards institutionalizing reforms should be guided by a bottom-up debate and not a direct political imposition. Yet some would argue that what elevated gender equality in Tunisia back in the day was Bourguiba’s top-to-bottom promulgation of the CPS. Regardless, what matters is that women’s demands and queries be put at the center of this debate.