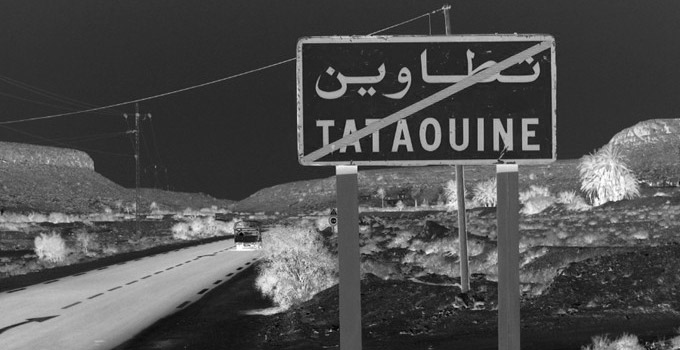 Since 2011, I have been reading all these glorious headlines talking about Tunisia as the only country to have “emerged from the Arab spring as a functioning democracy” as The New Yorker wrote.

I recently had the opportunity to attend a book presentation in Italy on the human rights situation in Egypt. I chatted for a bit with the writer who was curious to understand Tunisia’s success as a moderate, Nobel Prize-winning post-revolutionary country.

I summarized the numerous political transitions since the uprising and told him a bit about all the successive governments, the shifting yet unchanged ruling political majority, the economic crisis and the challenge of terrorism.

That day, many protests were happening all over the country but mostly in Tunis to condemn the economic reconciliation, or “corruption amnesty,” bill. There were also protests taking place in the south, though only local media covered those events.

The Italian author complained of international media’s blackout of such events. I became self-conscious of the high-pitched tone that my voice took on as I spoke to him with excitement. As a young Tunisian, I told him, I don’t think we are a success story. Probably we are facing a relatively less catastrophic outcome, but this doesn’t mean that we are done. In fact, we are very far from it!

Have you heard about what’s happening in Tataouine?

Well maybe Tataouine doesn’t mean much for non-Tunisians with the exception of Star Wars fans, but the social turmoil in this southern city has impacted the whole country. As I’m writing, Tunisians are protesting all over the country to denounce police forces’ excessive use of violence in Tataouine.

It began in March 2017: during a sit-in near the El Kamour oil and gas pumping station, protesters from the marginalized region demanded jobs and a share in revenue from natural resources exploited by foreign operators. The government opened up negotiations with sit-inners, but by the end of April, the process was pronounced a failure.

As no agreement had been reached, protests in the city of Tataouine followed to support El Kamour sit-inners while the government and most of the media largely contested the social movement and publicly criticized their actions for being violent, illegal and unacceptable. These reactions contributed to further radicalizing the resistance.

The protests in Tataouine faced police and military repression leading to violent clashes with protesters, resulting in the death of Anouar Sekrafi, while over 300 people were hospitalized for broken bones or asphyxiation from tear gas. There are also reports by the local Radio Tataouine and video footage showing the burning of a police station and cars in the city.

Anouar was killed after being run over by a National Guard vehicle, an atrocious event that sparked the protests all over the country including the capital. Slogans recall the 2011 uprising after Bouazizi set himself on fire: « the people want to bring down the regime, » and other messages of support to compatriots in Tataouine.

Even if the protests are supported by thousands of Tunisians, it is hard not to worry seeing the rise of politically-motivated hate speech in Tunisian social media with strong tones of regionalism and discrimination.

Coming from Tataouine, I learned many things from my friends on Facebook about myself, my city, my region and my ancestry: we are so rich, we are all smugglers, we all lack manners, we all belong to the leagues for the protection of the revolution and support Marzouki1, we are all gold diggers (even if we are presumed already rich!), we are all Arab nationalists or barbers, we all live in tribes in the desert like “The Messenger” movie, we all love Aljazeera, Alarabiya and Radio Tataouine that reported the protests lacks the sense of nationalism, we are all traitors, we all look furious and enraged on TV, they want to erase us off the map but please leave the desert as we like Star Wars, and particularly only Ben Ali “understood” Tataouine, he used to “beat the hell out of them”. #Tataouine.2

Amira’s post decries the long-seated issue of regionalism in Tunisia. Due to its historical marginalization, the Tunisian south and interior governorates have created their own survival-mode socio-economical systems. Since 2014 when the process of decentralization was included in the country’s new constitution, political decisions still do not seem to take the south into consideration. Ongoing protests show that after decades of dictatorship, citizens no longer accept being silenced.

At best, Tunisian authorities have lost their exceptional skills in maintaining political peace; at worst, they have become a part of fueling divisions and animosity. The Arab Spring success story is not in Tataouine. Coming days will determine whether Tunisia’s democracy will continue « dysfunctioning, » or hear this wake-up call and ditch the carrot-and-stick policy.