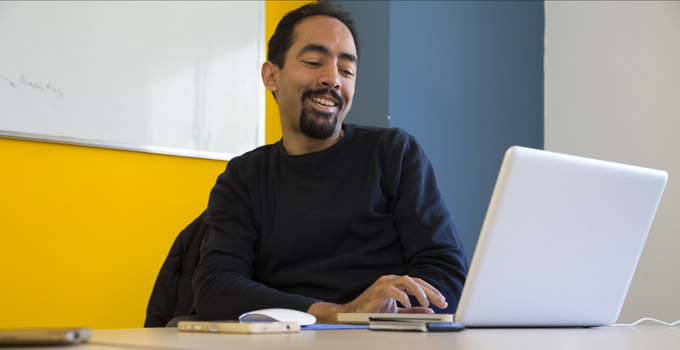 In December 2015, Tunisia was touted to be the first country to digitize the national currency using blockchain technology.  Asserting its efforts to promote « financial inclusion, » the Tunisian postal service, La Poste Tunisienne, announced plans for a new application that would enable citizens to pay bills and transfer money using their mobile phones. Little known at the time, one of the partners behind the project is DigitUs, a startup company founded by Walid Driss and Hichem Ben Fadhl.

Driss is sitting beside his laptop in the DigitUs office, a converted apartment with contrasting walls, white-washed or painted electric yellow and blue. Driss was first exposed to blockchain technology working in Dubai. « I knew we had to jump on that train wherever it was going, » Driss tells us, as he proceeds to define blockchain, what he calls a technological breakthrough and new way of conceptualizing how transactions—primarily financial but also legal and administrative—are conducted in the digital sphere. He highlights its efficiency (transactions occur at the speed of the internet) and cost effectiveness since the technology is simple, straightforward and cuts out the traditional chain of third parties and intermediaries. The short-term objective of blockchain is to unblock « all those transactions that do not occur » or are held up by technical, administrative, or cost barriers. In the long run, the idea is that other segments of the population, including those who don’t have large sums of money sitting in the bank or even banking and credit cards, will participate in economic activity.

After working to promote blockchain technology in Dubai, Driss and Ben Fadhl turned their focus to Tunisia. Walid relocated in Tunis, where he reached out to software developers and others who might be interested in partnering to come up with a blockchain solution.  Around the same time, Moez Chakchouk was appointed to head the national postal service. « There was this intersection maybe designed by the universe …Chakchouk was named CEO of La Poste. He comes from a technology background, and really understands technology and its power to transform and create development … [he was hired to move the company towards] digital transformation, how to make existing systems evolve and become relevant to consumer needs. »

Working with La Poste Tunisienne to fill a gap

If the idea is to simplify financial and administrative transactions by subtracting intermediaries and essentially decentralizing processes, why partner with La Poste, a state-owned enterprise? Driss poses, and then answers, his own question. « I never thought I’d be working on a project in collaboration with an administration in Tunisia, let alone on a technological project, something quite disruptive and very cutting edge, one of the first examples of a commercial case at the scale of a country. » But Driss and Ben Fadhl never intended to go it alone, and although they had considered other partners at the outset, La Poste had « a clear need, and there is a gap in the ecosystem that we want to help fill. »

It remains that La Poste is the ideal partner to facilitate the technological transformation that the DigitUs founders envision.  With 1,200 branches across the country, the national postal service represents accessibility, not only geographic but economic, since anyone, regardless of financial means, can deposit and withdraw money through the post in the same way that anyone can purchase a scratch card from the corner store to refill phone credit. Now, anyone who has such a postal account can go to the mobile app store website, download the application powered by DigitUs, and use money sitting with La Poste to pay bills or send money to friends or family members.  A licensed public enterprise since 1998, La Poste is authorized—and above all trusted by citizens—to handle such financial transactions. Driss explains that solving « real problems for real people » through blockchain technology will require that it become mainstream, which « can only happen if it comes from a trusted institution. »

He concedes that the work model is unconventional compared to how most startups operate, and that the team has had to exercise a good deal of patience collaborating with a public administration. « But we knew there is value in coping with that, helping them change and move forward and think differently than they used to. » At the same time, he admits that « we’ve really have to tune down our idealistic views in some areas, especially when it comes to technical aspects, whereas they know their customers, the people and families who put the fruit of their work and lifesavings. »

At the grassroots level, interest grows in blockchain technology 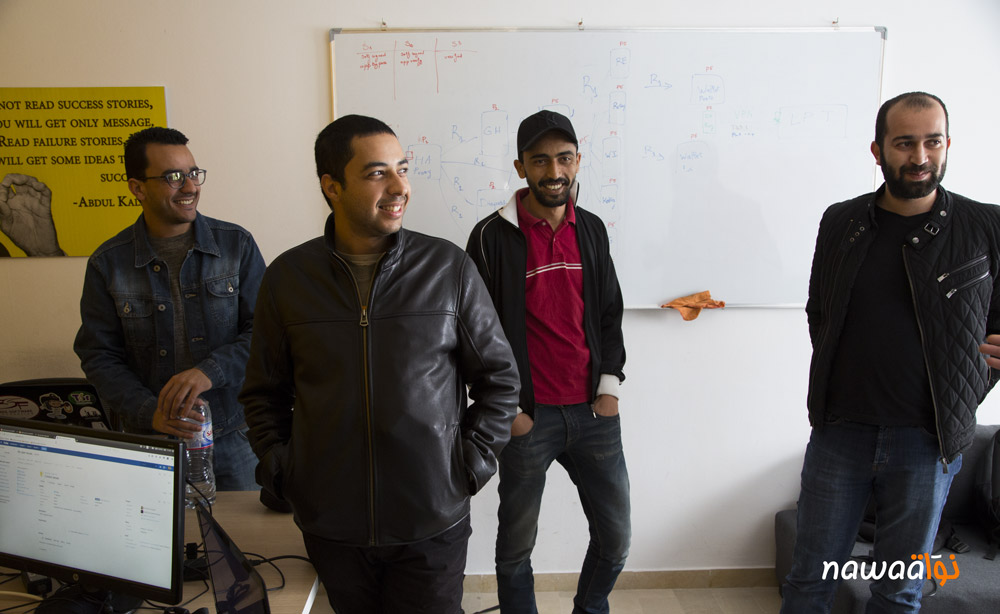 In a room set up with a whiteboard and desktop computers, we find the DigitUs team that has worked over the past months to develop, launch, and monitor the system in its early stages. Standing in front of the workspace,  Amine, Chokri, Elyes, Nidhal, Khaled, Hechmi and Wael take turns describing their tasks—coding, mobile and back-end development.  Amine explains that most of them were at university when they learned about the company’s blockchain project and signed on as interns. They all smile as Walid indicates toward the couch, recalling the past year’s many sleepless nights spent in the office as the team worked overtime to develop and test a mobile application by the 2017 deadline. In October 2016, they began running the software to work out kinks and ensure a « robust system, » and finally, on March 20, after about a year and a half after sitting down to devise a strategy, DigitUs shipped the first version of the product, which La Poste launched online. 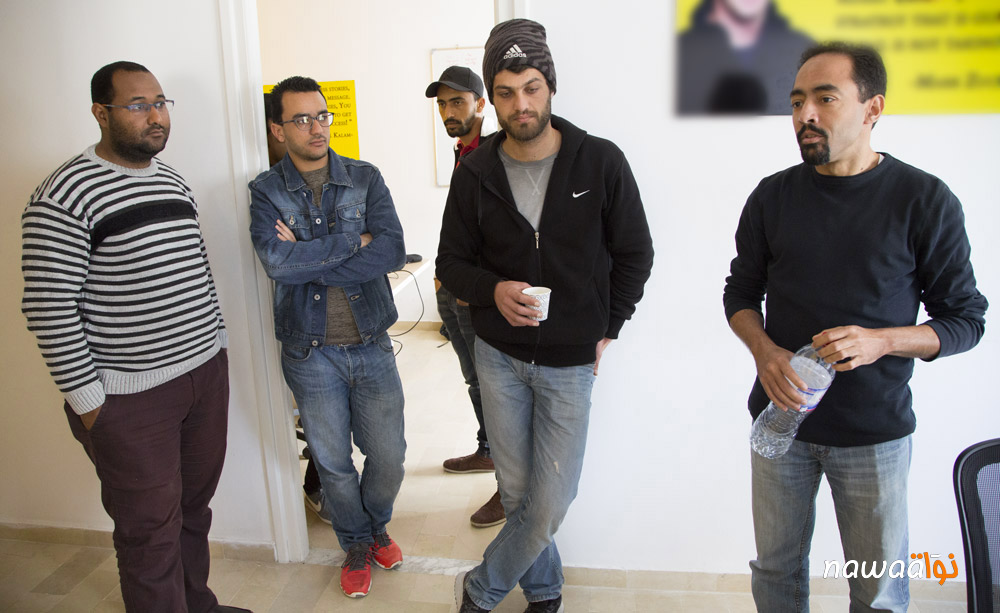 In January, Amine and several others completed their internships with DigitUs, and now work with the company as full-time employees. Driss is proud. He indicates that young people he encounters at schools and universities « are not only interested, but actually enthusiastic, passionate—they are doing, learning, delivering, willing to take risks and jump into new ventures, not just to sit in a nice software development company and have a steady salary selling their skills as outsourced staff. » So even as he considers all the work ahead, « especially with stakeholders in government, » to make blockchain mainstream, he observes that part of the work is already under way at the grassroots level, where young people have proven to be « capable and ambitious to create something new… not just use what already exists. »