The 31st International Amateur Film Festival of Kelibia (FIFAK) will take place next month, August 7-13. Yesterday morning at the Rio movie theater in Tunis, the Tunisian Federation of Amateur Filmmakers (FTCA), held a press conference to present this year’s edition. Created in 1964, the FIFAK is the continent’s oldest film festival. 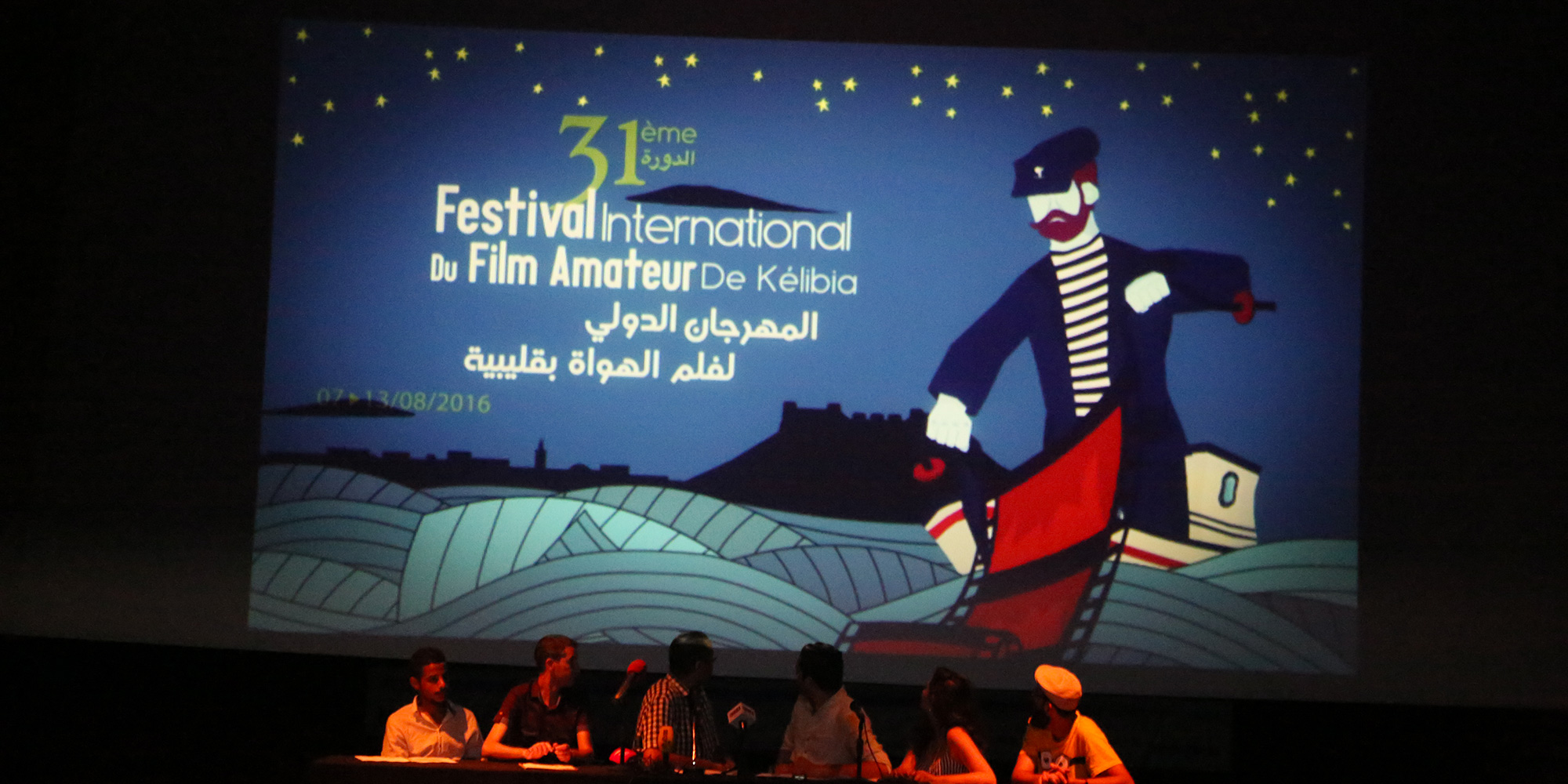 Late in the morning of July 28, the FTCA board in charge of organizing the 2016 festival faced a dark theater half-full of journalists, cinephiles, and artists. After an introduction by President Aymen Jlili, board members detailed this year’s international and national film selections, juries, and the event program which, beyond featured films includes conferences, roundtables, workshops, and musical performances.

A total of 50 films were selected in the international competition, including six Tunisian and 44 foreign films, reported Head of Communications and Official Programming Lilia Ben Achour. Among the 23 countries represented are Algeria, Spain, Turkey, Hungary, Palestine, Iran, Burkina Faso, and Kosovo. From the national competition were chosen 26 films: 11 from the FTCA, nine from film schools, five independents, and one associative.

General Coordinator Mohamed Hichem Toumi introduced the opening night film, an experimental documentary called “Moon in the Skype” by Syrian screen writer-director Ghatafan Ghanoum. Apart from the 76 featured films will be a number of shorts created by prisoners and youth detained at the Mahdia prison and Mourouj juvenile delinquency center. Head of Parallel Programming Tarek Sardi listed activities and events planned: a master class on the role of citizen art in social movements and another on “fixed images in the movement of wars,” a conference on the possibilities of “South-South” (of the Mediterranean) collaborations in film production, a round table held by Association Les Yeux de l’Ouïe, and several workshops for children. Finally, Sardi introduced the two concerts to take place: El Banda by the hip hop collective Debo, as well as a mezoued-stambali performance by Zouhair Ghouja. 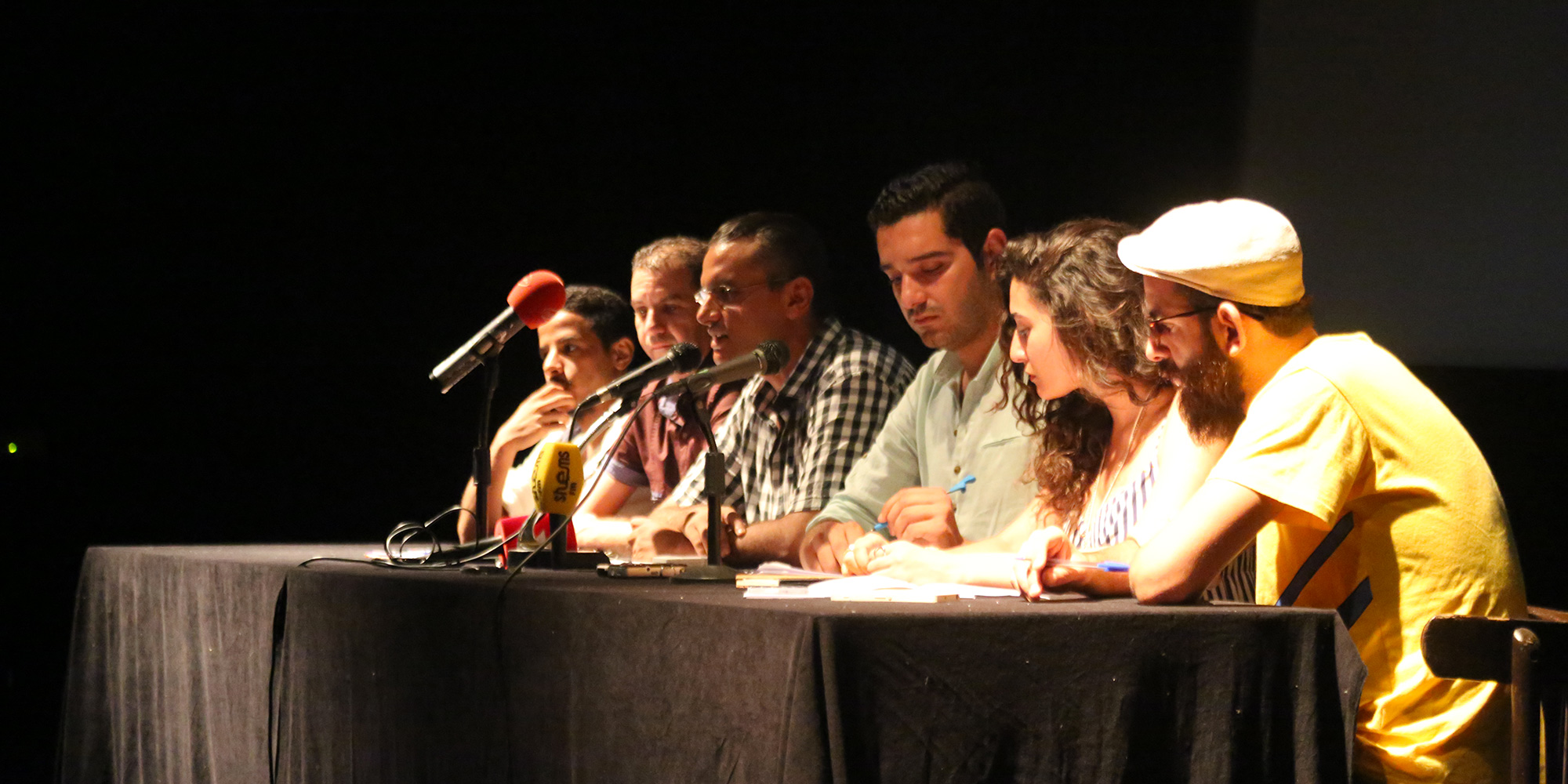 Turning to face the large screen behind them, the panel also showed the festival trailer, conceived by Zaki Samoud and animated by Khalil Gobji. Invited onto the stage, Samoud indicated towards the official poster which features a red-haired, long-mustached fisherman perched at the helm of his boat, handling—not a fishing net, but a film reel released into the sea’s undulating waves.  Samoud explained that the “Italian style” image is an homage to the fishermen of Kelibia.

Even while acknowledging the significant challenges that have burdened Tunisia’s film industry over the past years (fallen productivity, outdated regulations, a lack of legal and financial support from the Ministry of Culture), many in the domain speak with nostalgia of long-standing FTCA and FIFAK, which they describe as instrumental in shaping their early interests in and passion for cinema.