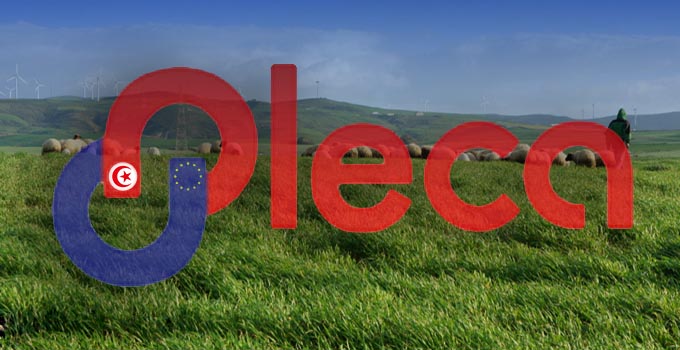 In anticipation of negotiations for Deep and Comprehensive Free Trade Agreement (DCFTA, better known as ALECA, its French acronym) with Europe, economic think-tank IACE (Arab Institute of Business Owners) conducted a study prescribing prerequisites for the liberalization of Tunisia’s agricultural and service sectors. May 27 through 28, IACE presented their findings in a forum on “Governance of Negotiations and Liberalization of Exchanges.” Following a well-attended first day of presentations by EU and Tunisian government officials including Prime Minister Habib Essid, the second day was organized into separate discussions on the two sectors in question.

Amidst a circle of union representatives, business-owners, farmers, and researchers, reservations and concerns regarding the impact of a free trade agreement on Tunisia’s agricultural sector were part of a debate that was ultimately less about whether or not than how to proceed with a “greater integration into the European economic space.”

Priming the sector for liberalization

In response to concerns about “the asymmetry of relations at play and gaps in competitiveness” between Tunisian and European markets, the IACE proposes three categories of (agricultural and service) industries, including: (a) those which can be liberalized immediately, (b) those for which the negotiation process can begin, and (c) those which are not ready for liberalization and for which negotiations should be delayed.  In terms of agriculture, the think-tank suggests that “in order for the Tunisian agricultural sector to withstand liberalization following the implementation of the DCFTA, exports must increase 8% per year through an increase in the total surface of arable land from 19% to 25% (or the equivalent of 0.26 hectares/inhabitant to 0.28 hectares/inhabitant), productivity must increase 5% annually, the rate of added value must reach 13% from 10.8...”

“How to ensure an advantageous integration into the global market?” Boubaker Karray, General Director of Agricultural Development Studies within the Ministry of Agriculture, described the Ministry’s “multi-disciplinary” approach to negotiations and long-term objectives for a DCFTA.  Following Karray’s discourse, the case studies of Georgia and Romania indicated that the advantages of liberalization are just that–long-term. On the precarious side of asymmetrical free trade agreements (signed in June 2014 and February 1993 respectively) with the European Union, Georgia and Romania offer pertinent points of comparison as Tunisia decides how to proceed with negotiations and associated reforms.

About 47% of Georgia’s 3.7 million people are engaged in farming activities, reported President of the Georgian Farmers’ Association Nino Zambakhidze. With an average of 0.6 hectares of land per person, Zambakhidze explained, farmers in Georgia are peasants, non-competitive producers in a global market given low productivity and lack of financial resources. Though non-governmental organizations have worked to get farmers on board with the long-term objectives of a free trade agreement, they are not presently in a financial position to satisfy international standards nor therefore appreciate the benefits associated with market liberalization. Georgia is, according to Zambakhidze, “80% dependent on imported goods.” She sees the DCFTA as a project for the “very long-run,” and concluded that the country’s priorities remain to (1) secure self-sufficiency farming to ensure that the population has access to local products, and (2) focus on the international market.

“Our experience was not the best in the very beginning,” recounted Victoria Campeanu, former economic negotiator for Romania’s free trade agreement with the European Union. Campeanu referred to Romania’s farmers as land-owners, for how, she asked, can you farm with less than one hectare of land, as is still the case for one million of Romania’s land-owners? And how to protect these individuals in free trade negotiations? For the first 2 to 3 years, land-owners did not want to cooperate, and the Romanian market was flooded with European imports. The government was hard-pressed to convince producers that times would be better. It is impossible, Campeanu continued, to find a solution for all levels of producers and suggested that, like Romania, Tunisia will have to focus on those agricultural products that can be easily exported. You don’t need competition to produce high quality products, she explained, and encouraged Tunisia to register its products as organic, a means to increase revenue without increasing production volume. In other words, she advocated, “use EU instruments to increase the value of exports.”

In Tunisia, half of the country’s 500,000 farmers own less than five hectares of land and about 6% have access to credit. Questioning the country’s preparedness to confront European competitors, Omar Behi of the Tunisian Union of Agriculture and Fisheries (UTAP) described Europe’s decades-long process of reforming agricultural systems to the benefit of farmers. Tunisia, he maintained, has yet to begin such a process of reform and modernization which, he projected amidst chuckles from not a few of his neighbors, would require a period of 15 to 20 years.

Speaking to the promotion of Tunisian products in the international market, Behi evoked the country’s comparative advantage in olive oil production, a sustainable activity requiring minimal irrigation and therefore viable in different regions. Currently, Behi reported, 90% of the country’s olive oil is exported to Europe in bulk. He was not the only one to wonder “Why, instead of exporting to Europe for a comparative advantage in quotas, do we not package our olive oil in bottles and export it directly to Canada and the United States?”

For Leith Ben Becher of SYNAGRI (Tunisian Farmers Union), the country’s olive oil industry embodies the paradoxes of Tunisian agriculture, a sector fraught with disorganization, dysfunction, and inequity. He called attention to government arbitration in favor of “clearer, less risky sectors,” and described a sector encumbered by outdated regulations governing subsidies and land issues, with a “scandalous budget” for agronomic research, and the absence of a strategy to address water scarcity.  Reiterating the need for modernization, Becher insisted that changes must be elaborated in the context of a common vision, a redefining of agricultural policies that prioritize food security and the income of all of Tunisia’s farmers.

Negotiating is not signing

After speakers had characterized the challenges facing Tunisian agriculture and risks associated with liberalization, the floor was opened up for questions and debate. One after another intervention followed a formulaic acknowledgement of likely risks and subsequent assertion that the country should nonetheless move forward with negotiations. “DCFTA or not, we must reform the sector,” said business owner Mounir Boumessouer. President of the Association for European Investors Alexandre Ratle contended that a free trade agreement will help tremendously to modernize the sector, asking the round table half-rhetorically, “If there is no DCFTA, how do you imagine restructuration in Tunisia?” One participant cautioned against “sentimental” discussions, favoring a “rational” examination of the real issues which were not, he held, liberalization or the DCFTA, but rather current consumer-driven policies.  A number of individuals discouraged a “wait-and-see” approach and urged “positivism,” “optimism,” and an understanding of the DCFTA as a “catalyst” and “motor” for much-needed reforms. Rare interjections proposing reflection on issues of water scarcity, individual mobility (across country borders) or food sovereignty “before thinking about the DCFTA” were but minor countercurrents, ultimately submerged beneath the overriding stream of approval for the elaboration of a free trade agreement.  After all, it was repeated several times throughout the day, “negotiating is not signing.”