There is a place in El Kef, at the foot of the Kasbah, at the end of a rough path on the edge of the hill, that people over there call Palermo. No one could explain me why, but I believe it is unanimously recognised, since someone even wrote it on the side of a rock, with black spray and a school-child handwriting, the name of the Sicilian city that apparently has nothing to do with this place.

The view from here is indeed very far from the Mediterranean scenery which connects the coasts of Tunisia with those of the neighboring Italian island. From the Tunisian Palermo, after the last houses outlining the shape of the city, a green blooming valley stretches and reaches mountains among the highest in the country. The bluish silhouette of the Table de Jugurtha, the plateau symbol of the Berber resistance, marks the border with Algeria, just 40 km away from the city.

The region of El Kef, with its pine forests and water springs, doesn’t have a place in the common touristic picture of the Tunisia of white beaches and yellow dunes. Yet, this region played a central role in the history of the country, and crossroads of many civilizations: Berber, Carthaginian, Roman, Arab, Jewish, Italian, all still vivid in the memory and in the cultural inheritance of the city. Though today it dramatically resents from the crisis and the negligence particularly afflicting the peripheral areas, the “kefoises” preserve a vivid pride for their land, and keep on trying to make their city an important pole of art and culture.

Just after few days from the end of a Jazz Festival, the city of El Kef hosted one of the most important artistic event of the country, the “24-hours theater non-stop”. The event took place in the frame of a theater festival which lasted from the 23rd to the 28th of March, and which included, a part from theater and music spectacles, seminars and workshop on dramatic arts. 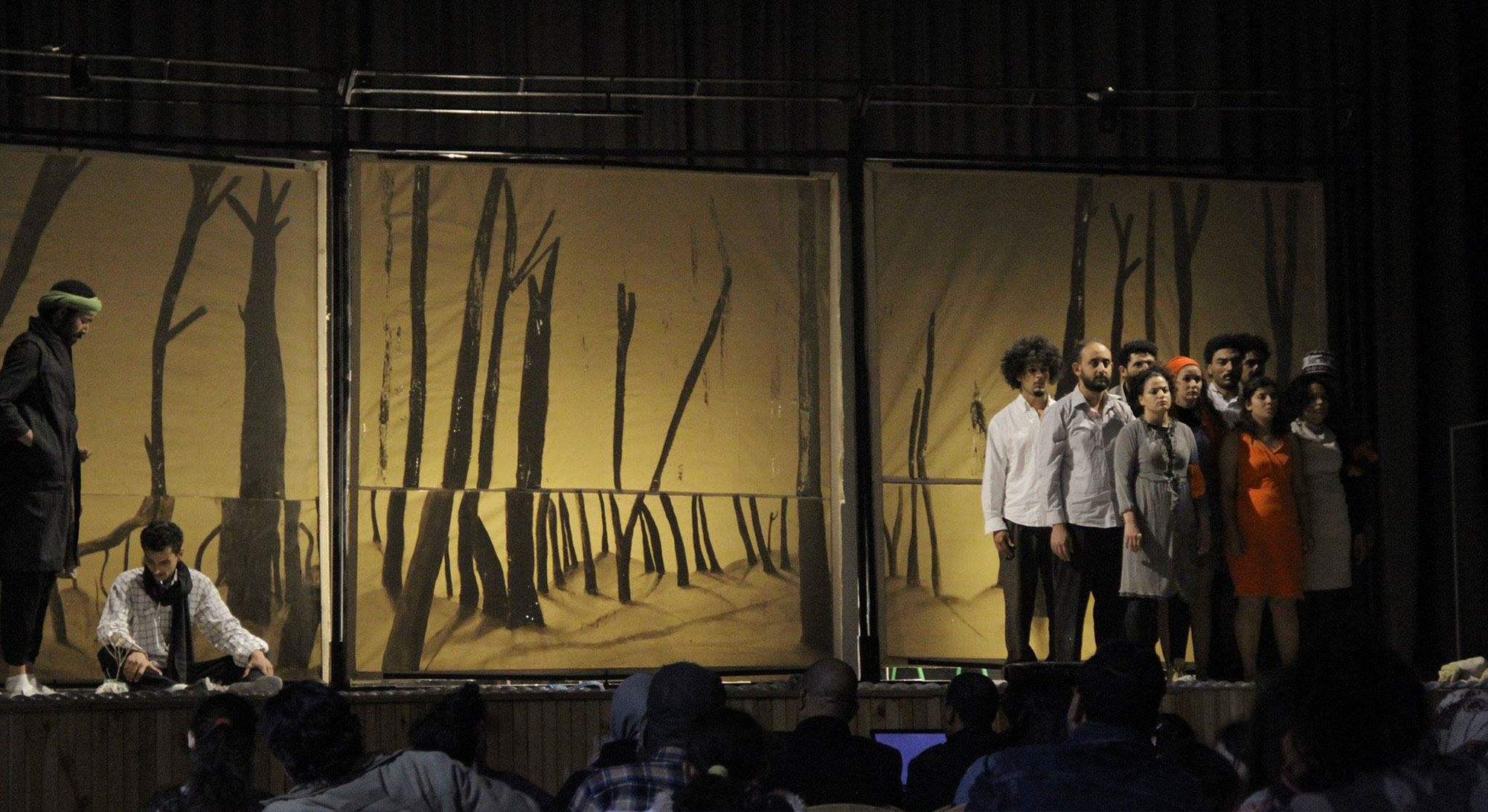 The festival, which has international recognition, attracted participants, among which students, professors, artists and theatre fans, from all over Tunisia and from abroad. The acting companies performing during the 24hours non-stop in the theaters of the “Centre Culturel” and of the “Centre des Arts Dramatiques et Scéniques” came from Tunisia, Italy, Egypt, Morocco, Algeria, Sudan, India, Palestine, United States and France. Birthplace of a pioneering theatrical movement in the first decades of the 20th century, and home of the Higher Institute of Music and Theater attracting students from all over the country, the theatrical scene of El Kef is probably the most important of all Tunisia.

This festival, which for one week animated and heated the cool and usually calm hill town of the north-west, is an important sign of this artistic legacy. The festival evidently resented of serious flaws in terms of organization, most probably due also to the lack of appropriate funding and institutional support for an event of such dimension. Yet, the coming and going of people from the two locales, the spontaneous gatherings of actors, spectators, friends, outside the theaters and along the streets of the city, were points of strength that probably would have been suffocated in a more ceremonious environment. The whole city of El Kef seemed to participate in the festival: the theatre was in the streets, and the streets were in the theater. The festival was nothing like a showcase, but rather a moment of sharing and participation. 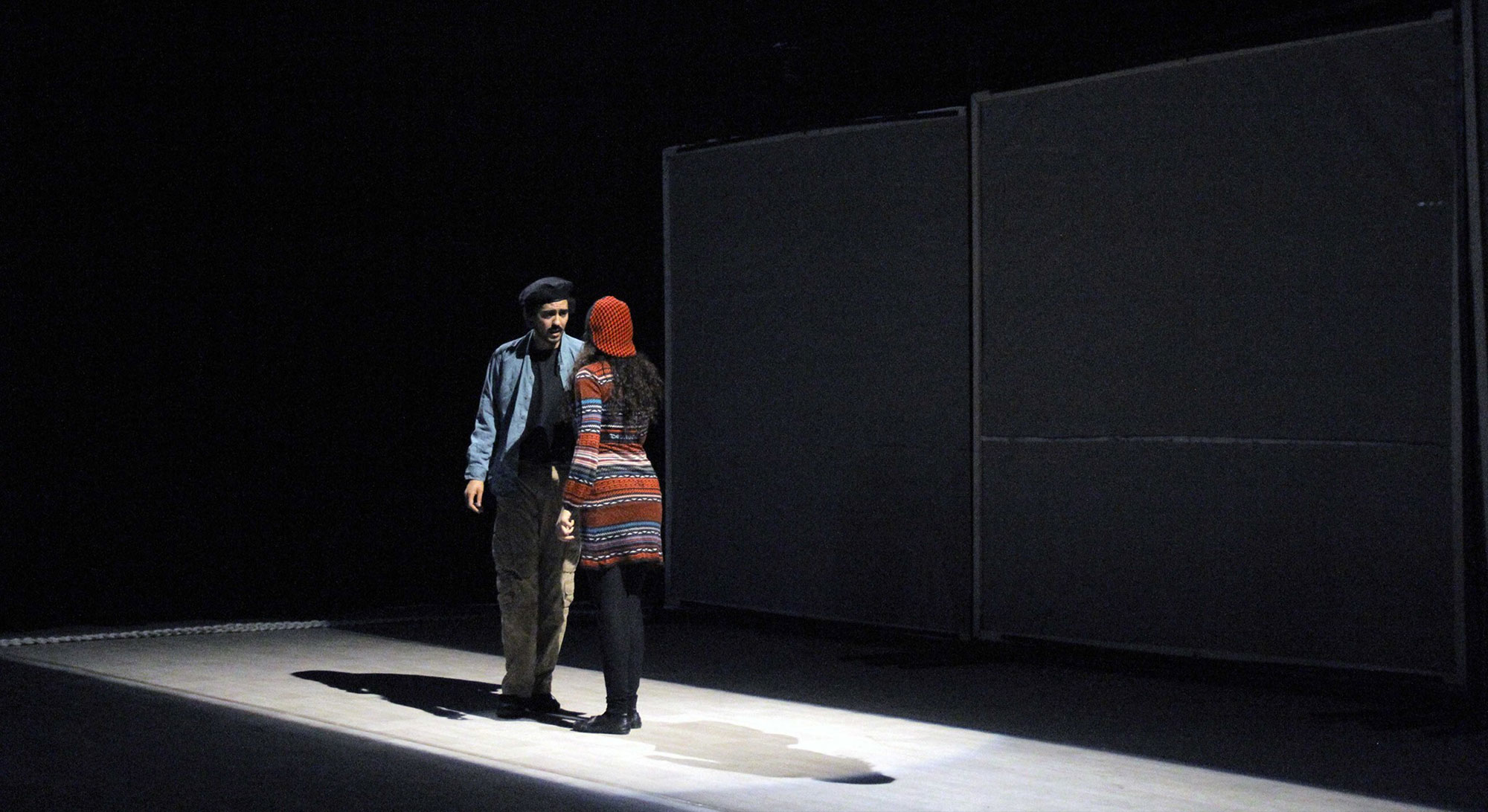 Fares and Rihab are on stage in El Kef with a piece called “Oued El Khadra – Hemorrhagia”. I met them in Médenine, where they are trying to start a project of experimental theatre, together with local artists and artists momentarily living there. A real challenge, in a town which gives really little space to art, and to expression in all its forms. From the first moment I met them I understood that theatre is their life, their only mean to resist in this “world of the absurd”, in a “capitalistic world that wants us only as consumers”.

“Oued El Khadra – Hemorrhagia”, which had its premiere in February in Kasserine, is the third project as a director of Wael Wadji. “Oued el Khadra is an important step in our research in the field of socio-political theater, and on the impact that it can produce on the environment that surrounds us” explains Wael.

Experimentation is the key word of this artists: which is both an aesthetical and political device, used it to hit directly to the core of the “maladies” afflicting Tunisia. 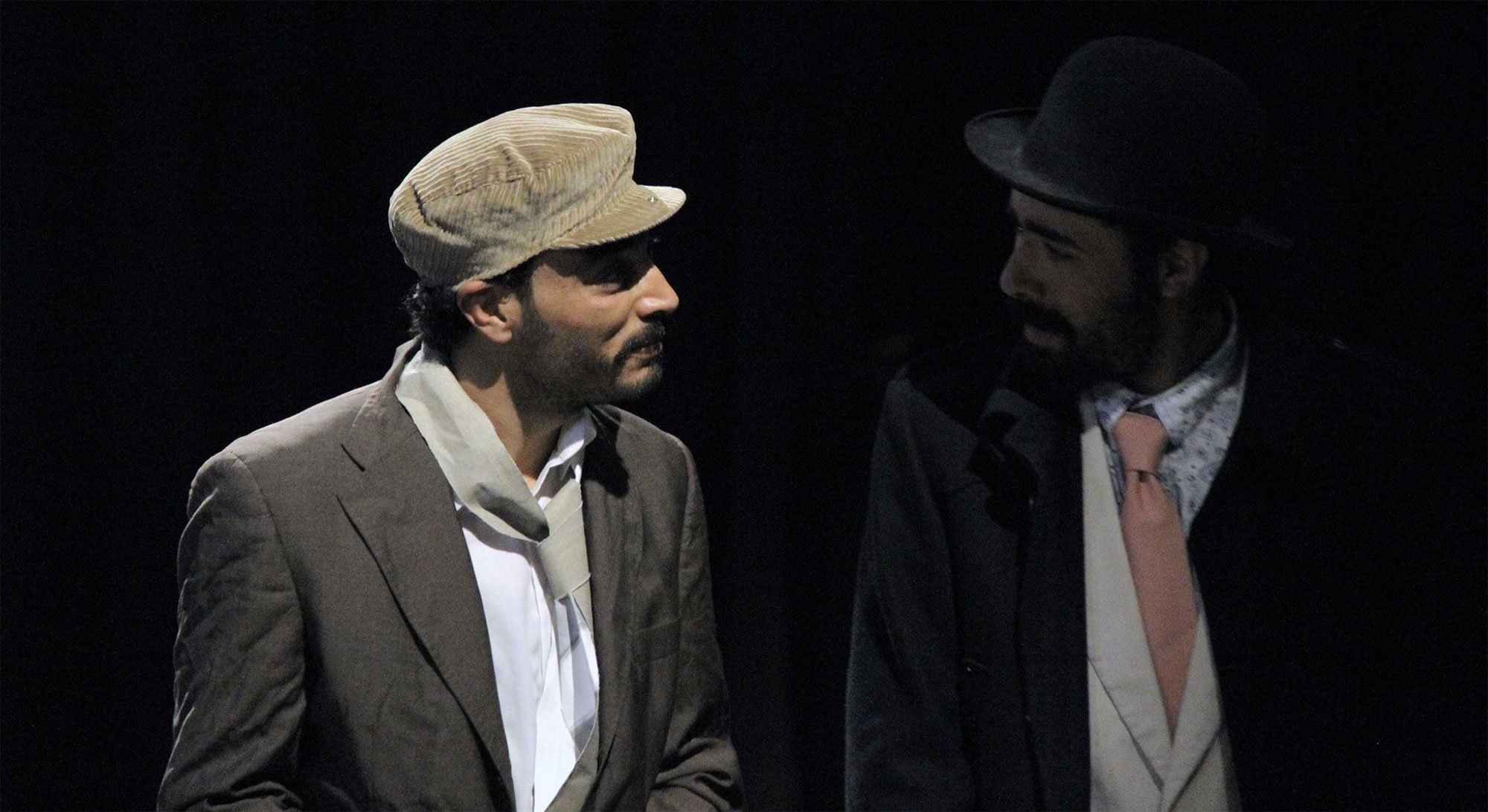 Oued El Khadra is indeed a sick, small village in the inland of Tunisia, afflicted by poverty, unemployment, pollution, bigotry and corruption, a town where young people are persecuted by police, where freedom of expression if brutally repressed, where workers are exploited, and media are compliant with authorities. A situation in which despair leads to extreme acts, exactly like those that eventually triggered the revolution in 2010. The piece thus retraces the events leading to the revolution, but the dim lights and gloomy atmosphere, the cries, the anxiety, and a hopeless finale, communicate total distrust and discouragement regarding its results. All this catastrophe is put on stage, in a performance that may result exaggerated in tones and ambitions. But exaggerated are the feelings of a generation that searches in arts their own way to express, and their fight against persevering afflictions. “We face many problems every day to do thing in our own way, because this society doesn’t have trust in its youth. Those youth who overthrew the dictatorship and who risked their own lives to free their country”, explains Wael.

Dinosaurs are everywhere, and they dominate over anything: economy, administration, politics, and also in the cultural domain. The creation of a new approach among these dinosaurs is almost impossible, but the fight goes on.

And events like the festival in El Kef are the proof that this fight really goes on, with youth that despite their cynicism and distrust continue to fight with the only weapons they have: art, culture, and their own bodies. And that mock the national mania of the “Italian dream”, finding their own Sicily here, on the top of a hill in El Kef.