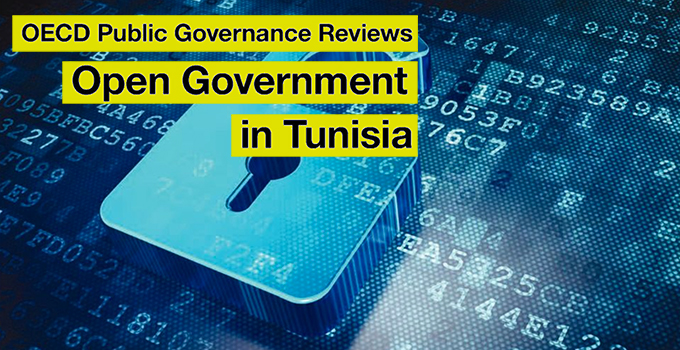 The Organisation for Economic Co-operation and Development (OECD) has released its review of “Open Government in Tunisia,” a report which the organization calls the first of its kind, providing “Tunisian policymakers, public sector officials and civil society activists with practical indications on how to improve and successfully implement their national open government agenda.” While it contains a breadth of information and recommendations, the report’s evident eagerness to highlight progress tends to overlook important shortcomings, while the time lapse between data collection (in 2014) and publication of the Review (8 February 2016) has rendered certain facts and observations outdated.

In five sections and 270 pages, the report takes stock of Tunisia’s progress and pitfalls in realizing the aims of the Open Government Partnership, proposing measures for leadership to meet demands for “transparency, accountability and a greater overall openness.”

Leaving behind, or clinging to the “old way of doing business”?

During the decades before the Revolution, it was common for governments in the MENA region, including Tunisia’s, to rely on token “demonstration” or “pilot” projects, often donor-funded and contract-implemented, to give the impression of change when in fact very little real reform was taking place. None of the current stakeholders want to continue this old way of doing business, from the Head of Government to the ministries, the members of the Assembly and auditors to the local administrations and CSOs to the private sector. Open Government in Tunisia, OECD Public Governance Reviews.

Over the past two months, the swell of social movements across the country—in which citizens have denounced government’s repeated empty promises regarding social and economic issues—appears in contradiction with the above observation and argument that whole-of-government change in Tunisia “is not a question of will, but of means.”

In its examination of the centre of government, the Review does point out Tunisian leadership’s unresponsiveness to the public: “The OECD review team heard repeatedly from civil society and the private sector that government is not responsive to their proposals, comments and suggestions on reforms to accelerate Open Government” and “the weak connection between commitments made by government and the reality on the ground.” In this vein, the OECD commends government initiatives Vision for the Fight Against Corruption and the Action Plan for Access to Information, further recommending:

In terms of civic engagement, the OECD acknowledges Tunisia’s legal framework for public access to information in the form of Decree-law No. 2011-41, Decree-law No. 54 of 11 June 2011 and Circular No. 25 of 5 May 2012. The first of these measures, Decree-law No. 2011-41, was precipitated into adoption by the interim government of (then-Prime Minister) Beji Caid Essebsi under pressure from the World Bank; it was almost immediately amended. The newest measure, Decree-law No. 55/2014, remains held up in parliament for review by the Commission of Rights and Liberties, the last discussion having taken place in December. 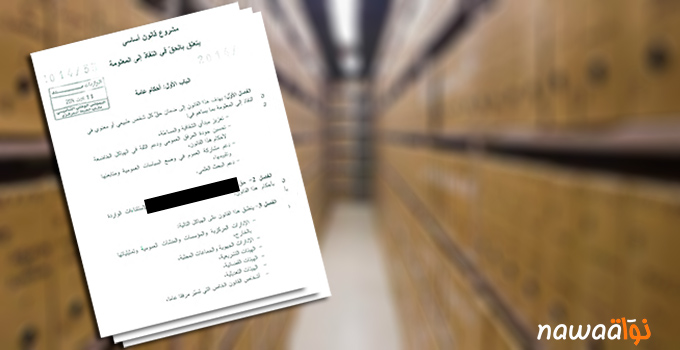 In addition to the revisions anticipated to “expand access to information” the OECD suggests:

Budgetary reforms and the illusion of transparency

In the domain of budget transparency, the report notes the Tunisian government’s collaboration with the French Ministry of Finance (2011-2015), fiscal management objectives supported by the World Bank, and the creation of a Joint Commission on Fiscal Transparency by the Ministry of Finance and civil society representatives.

Since 2014, the Joint Commission appears to have fizzled into inactivity. Responding to Nawaat’s question regarding the latter, Selima Abbou, founding member and former president of Touensa (a non-governmental citizen vigilance organization) commented, “Everything organized with civil society at the high level is pure masquerade. The State wants only to give the illusion that it is transparent and that there is participatory democracy whereas in reality it does nothing but communication. However the State has to pretend that it is collaborating with organizations following the international agenda since this allows it to obtain the promised loans. These organizations don’t address deep-seated problems, only that which satisfies funders.”

To improve budget transparency and processes, the OECD urges Tunisia to:

Protection for whistleblowers: a “major gap” in fighting corruption

As evidence of efforts towards public sector integrity prevention in public institutions, the Review cites the creation of the Ministry of Governance and the Fight against Corruption and code of conduct for public officials. In fact, the Ministry of Governance, now the Secretary of State for Governance and Public Service, is but a ghost of the original body, having dwindled to one administrator who has neither the human resources nor legal framework necessary to carry out the authority’s mission to involve citizens and civil society in governance reform.

The report points to the protection of whistleblowers as a “major gap” and “urgent priority” in Tunisia’s fight against corruption, citing as promising initiatives in this domain the websites anticor.tn and anticorruption-idara.gov.tn. Ironically, the latter has recently been exposed to be an unsecured online tool which only “pretends to take citizens’ denunciations in a safe and anonymous manner,” Sofiane Bel Haj explained earlier this month in an article published on Nawaat.

To improve the integrity of public institutions, the OECD recommends:

The OECD observes that the use of information and communication technologies (ICT) and social media is high even outside of Tunisia’s urban centers. Within the public administration, the Ministry of Communications and ICT, the e-Government Unit, and the INS have undertaken initiatives to make information available online which has been complemented by a civil society project opendata.tn. Since 2014, however, observers within the ICT sector have noted the clear discrepancy between official discourse promising inclusive decision-making processes and the exclusive nature of discussions and planning in the domain. While the Ministry of Communications and ICT has evoked a multi-stakeholder approach to elaborating a National Strategic Plan for Digital Tunisia, politicians.

To reinforce ICT contribution to OG, the OECD recommends:

If some of the facts and information contained in the review are now outdated, its recommendations remain relevant, remarks Senior Policy Analyst and Coordinator for the OECD Open Government Project Alessandro Bellantoni. Contacted by Nawaat regarding the timing of the report’s release, Bellantoni explains that the delay was editorial: a drawn-out fact-checking process and back-and-forth with ministries and governmental institutions lasted longer than six months. And although the Review in its present official format was not published until this month, preliminary versions of the report had been released and have been in circulation for over a year. In a period of transition following revolution, the social, political, and economic changes that occur in the span of a year are many; the recent publication of Open Government in Tunisia is an indication of just how quickly these changes occur and how short-lived they can be.