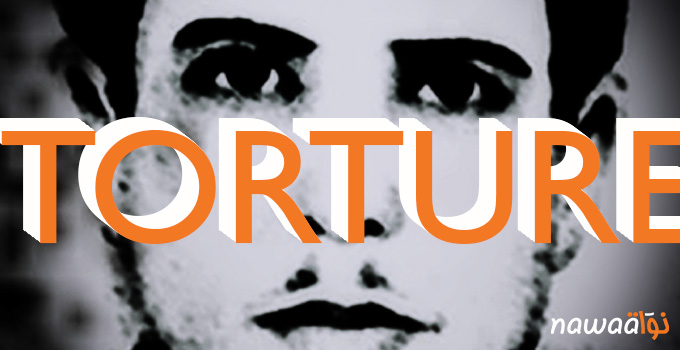 From original articles Torture in Tunisia: Another Death in Police Custody, Tunisia: Torture by Police, Unpunished, and Silence: We Torture, We Kill written by Henda Chennaoui; adapted and translated into English by Vanessa Szakal

It has been sixty years since the Universal Declaration of Human Rights banned torture in Article 5: «No one shall be subjected to torture or to cruel, inhuman, or degrading treatment or punishment». In 1987, Tunisia signed the Convention Against Torture and Other Cruel, Inhuman or Degrading Treatment or Punishment and ratified it the following year under President Ben Ali. More recently, in October 2011, Tunisia was the first Arab country to ratify Optional Protocol to the aforementioned convention and, in October 2013 adopted a law concerning a National Regulatory Authority For the Prevention of Torture. Article 23 of the new constitution signed in January 2014 reads, «The State shall protect human dignity and physical integrity and shall prohibit psychological and physical torture. Crimes of torture are imprescriptible»1.

In spite of these measures, torture remains a current practice in Tunisia. Between April and May, torture was the cause of death of three individuals, according to the victims’ families and civil society organizations. Unfortunately, no administrative, judiciary, or parliamentary investigations have taken place.

Abdelmajid Jdey, Another Death in Police Custody
Abdelmajid Jdey was being held in preventative detention Sidi Bouzid when, on 13 May, the Ministry of the Interior announced his death; according to the statement, the detainee had hung himself in his cell. In the weeks that have followed, civil society activists and organizations including Human Rights Watch and the Organization Against Torture in Tunisia (OCTT) have contested the Ministry’s announcement. Notably, the victim had filed a complaint of torture to OCTT several days prior to his death.

In February, Jdey was arrested by the National Guard in Bir Lahfay and subsequently transferred to Sidi Bouzid. Accused of theft without proof, he was declared innocent. During his trial, Jdey claimed to have been tortured during his detention. On 14 April 2015, he filed a complaint with the local authorities and requested an investigation concerning the actions of the agents of the Investigation and Inspection Brigade of Sidi Bouzid. On 12 May, the same brigade arrested Jdey for theft, and the following day, the detainee’s family was informed of his death; by that time his body had already been transferred to the hospital in Sfax for an autopsy. Riadh Jdey, the victim’s brother and a union activist in Sidi Bouzid, recounts,

I saw torture marks on my brother’s body before the autopsy. Moreover, he did not want to die. He was in the midst of preparing for his marriage and had just celebrated his engagement. The story of suicide is not convincing, especially because the police officers who arrested him the second time are the same who tortured him in February. We have filed a complaint through a committee of lawyers and human rights associations.

Following his mysterious death, the OCTT published a statement in which it demanded a judiciary and administrative investigation given that Jdey had filed a complaint just before his death against the brigade who had arrested him on both occasions. The organization demanded that an autopsy be carried out by three forensic doctors, and called for the creation of a parliamentary committee to preside over torture and suspicious cases of death in prisons. From a previous conversation with OCTT Secretary General Mondher Cherni following the death of Mohamed Ali Souissi, we recall that these demands are among a number of reforms for which the organization advocates:

Torture is especially practiced in police stations during custody in order to extract confessions and close investigations in a short period of time. For this reason, we have demanded that the law be reformed so that the presence of a lawyer is required during interrogations. We also believe that the judiciary police which carries out preliminary investigations must be under the Ministry of Justice and not the Ministry of the Interior as is the case today.

On 21 May, the Ministry of the Interior issued the following statement on its Facebook page:

«Concerning what was published by certain media on 21 May 2015 regarding the death of Abdelmajid Jdey, detained 12 May 2015 at the National Guard in Sidi Bouzid for having stolen a truck in Kairouan and who committed suicide on 13 May 2015 by hanging himself with a bed sheet in his cell in the said facility:
The Ministry of the Interior confirms that the first medical report shows no indication of torture and that the death was due to suffocation. The Ministry is surprised by the circulation of un-founded information without the definitive autopsy carried out by the medical examiner, and emphasizes its role to enforce the law based on the results of the investigation.
The Minister affirms that the third investigative judge of the First Tribunal Court in Sidi Bouzid identified the body and took the necessary steps to open an investigation into the incident…which will coincide with an administrative investigation into the General Inspection of the National Guard in order to determine the cause of death. The Ministry is waiting for the definitive results of the medical examiner.»

Translated from Arabic by Yassine Bellamine and Vanessa Szakal, Ministry of the Interior page on Facebook.

Unconvincing Medical Reports
The mysterious death of Jdey is the most recent of a number of individuals—in 2014, the list included Mohammed Ali Souissi, Walid Denguir, Samir El Metoui, and Nidhal Belgacem—whose autopsies have stirred controversy and cast doubt upon the neutrality of the designated doctors’ examinations. Walid Denguir’s autopsy, for instance, attributed his death to «a heart attack which was the result of an overdose of cannabis»; the medical report following Souissi’s death cited «a serious infection affecting the organs, notably the heart, lungs, brain, and kidneys». The reports offer little or or questionable explanation for traces of violence on the bodies—the marks visible on Denguir’s head, arms, and legs following his death were officially reported to be a result of the autopsy.

During the month of April alone, the OCTT documented three cases of torture resulting in the victims’ death and eleven cases of torture in prisons and preventative detention centers. Following the deaths of Saber Harbaoui, Lofti Hamida, and Abdelmoneem Zayani in the prisons of Nadhour, Messedine, and Mornaguia respectively, the organization demanded a meeting with the Minister of the Interior, Najim Gharsalli, to shed led upon the circumstances of the three cases. According to the OCTT, demands addressed to the Ministry of the Interior, Ministry of Justice, and Ministry of Health have gone without reply: «Even parliamentary groups have not responded to our successive demands to prevent torture and investigate in order to penalize those responsible», said Mondher Cherni.

Cherni also reported that «Only two trials have taken place for torture cases since 14 January, and the judgements are not convincing». Since January 2011, the OCTT has handled more than 200 torture cases that are still awaiting legal proceedings. The Tunisian League of Human Rights claims that the number of such cases amount to more than three hundred. Even after the departure of Ben Ali, unanswered complaints and requests for investigations give the impression that legal proceedings are intentionally blocked to protect the perpetrators of torture and mistreatment.

Political activist and former prisoner Ayoub Amara confirmed that the number of actual torture cases exceeds what has been documented by civil society: «Female victims of torture and rape are many but their cases do not appear in NGO reports. Victims fear social taboos and legal repercussions. Last year, I met a 24 year-old woman who had been raped by 13 police officers. She was forced to leave the country after her release. She did not file a complaint so as to avoid societal judgements».

My son’s case has stagnated at all levels with a nearly nonexistent justice system in a police state that protects its own and cultivates impunity. Several months after the investigation was opened, the investigations judge is still interrogating the medical team that received my son’s body at the hospital in Sahloul. The security system remains the same. The police pretend to fight terrorism to enact laws that protect them, with no regard for the citizen or human rights. My son, for example, is the victim of police brutality.Abdelhamid Abdellaoui, father of Hamed Abdellaoui who self-immolated on July 7 following intimidation and torture by municipal police in Sousse

The resurgence of torture and police brutality in Tunisia has been catalyzed by fear-based discourse. Insinuating that rights are secondary to national security and counterterrorism efforts, many legitimize the use harsh or abusive treatment during the course of interrogation and detention. Lawyer Ines Harath, who works on the cases of individuals implicated in terrorist activities, reports that her clients have endured a number of inhumane practices and cruel and degrading treatment.

Seif Raies stated before several investigating judges that he had been subjected to psychological torture. The police would beat people in front of him to draw confessions out of him. Two months ago, former prisoner Tarek Gharsalli lost hearing in one ear and still limps following the monstrous violence that he endured in the Borj Roumi prison. In the same facility, his friend Mohamed Hajj had his genitals crushed and knee broken. Mohamed Gassoumi, 23 years old, is also the victim of torture in the Mornaguia prison. I saw with my own eyes the marks left by a rubber tube on his forehead and shaved head.

One day following the Bardo attack on March 18, a 19 year-old was arrested by police. He later told his family that he had confessed under torture. «In front of the investigative judge, he denied all of the crimes to which he had admitted during the interrogation. He also indicated that he was tortured and thereby forced to admit to crimes that he had never committed. At each visit, we observe the deterioration of his physical and mental state. Several times he has evoked torture but tells us not to talk about it for fear that these torturers will seek vengeance. It goes without saying that the investigations judges refuse the requests of our lawyer and refuse to listen to the eyewitnesses who could clear my brother’s case», the prisoner’s sister told us, wishing to remain anonymous to protect her brother.

Since the election of the country’s Assembly of Representatives of the People (ARP), national and international human rights organizations are still waiting for the creation of a national authority for the prevention of torture as per the Optional Protocol signed in 2011 and in accordance with the law of October 2013. In the meantime, the government maintains its silence regarding criminal actions committed by security and order forces, and a number of important reforms remain unrealized despite their urgency.

1. Unofficial Translation of the Constitution of the Tunisian Republic by the Jasmine Foundation.