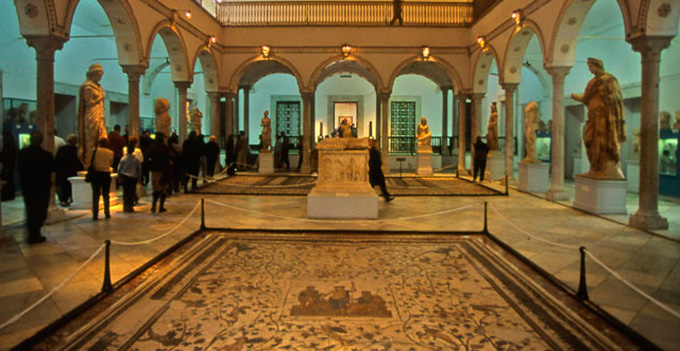 Right after the news of the terrorist attack on the Bardo museum in Tunis, last Wednesday, some Tunisians (mainly on Facebook and Twitter) had the most disgusting reaction I have ever witnessed. Statuses like “Poor Tunisia! No tourism this year!”, “We’re doomed, nobody is coming this summer” invaded my feed and the first few were more than enough to make my blood boil (which wasn’t difficult in the first place, since I was already enraged by the news).

Tourism is a vital sector in Tunisia’s already fragile economy. There is no point denying it. Many families entirely depend on how well the season turns out this year, especially after the sector’s slow recovery since the revolution. So there is nothing wrong with sympathizing with those who will be affected by the events.

What I do have a problem with however is people who’s lack of values shines through in this sort of comment. They never mentioned the tourists and the citizens that were murdered. They didn’t reflect on the attack as a violation of our national treasures and our sovereignty. And they certainly did not pay attention to the symbolism of the date (right before independence day, as the parliament is debating a new terrorism legislation). Instead, their first and foremost concern was ”Shoot! The Dinar is gonna collapse!” … You can’t imagine my disappointment.

Just when I somehow managed to start forgetting about this atrocity, pages like this one started popping on my feed. It absolutely warmed my heart to see the global support Tunisia has received. I can go on all day describing how genuinely touched I felt. But in the same time, I can’t help but feel ashamed.

I was mortified that people from around the world showed their support, by protesting in the streets, by sharing supportive messages or changing their profile pictures… But all we seemed to focus on was their financial support…

This somehow made me reflect on the Charlie Hebdo attacks, in Paris, a few months ago. If you look closely at the French portrayal of the attack (in official media, social media, what have you), you’ll see that there was little focus on how dangerous the situation was. No one even mentioned the terror that reigned with just the thought that ISIS had successfully targeted a European city. The French people was united. They stood strong during the crisis because their values united them: “France is an icon of freedom of speech! You will not silence us!”

I am not saying that this just PR or some kind of masquerade. It’s quite the contrary; I am saying that the French’s values were a far more important priority than security, let alone economy.

In the Bardo attack however, all that was advertised is how we, as a fragile emerging economy will financially suffer because of this attack. There is something so rotten, and almost perverse about it. If anything, this reflects, how we as a nation, do not have clear values that transcend social classes and regional difference. We do not have values strong enough to bring all of us us together with the same voice: “We will remain the pioneers of democracy in the area, no matter what you do!”

This situation also made me reflect on our democratic transition and if that constitution of ours (that everyone is oh so proud of) didn’t fail at setting the values we still lack to this day.

Which brings me to the last point: People who posted pictures saying that they will come to Tunisia this summer do not plan on risking their lives to prove to us that they support us financially. They come willingly because their visit to Tunisia will stand for something more than just a cheap vacation in the Mediterranean. It will stand as proof of their support to an exception in the region. The contrast between this mindset on the one hand, and the cheap “darn-it-no-tourists-this-year” attitude on the other makes me even more embarrassed.