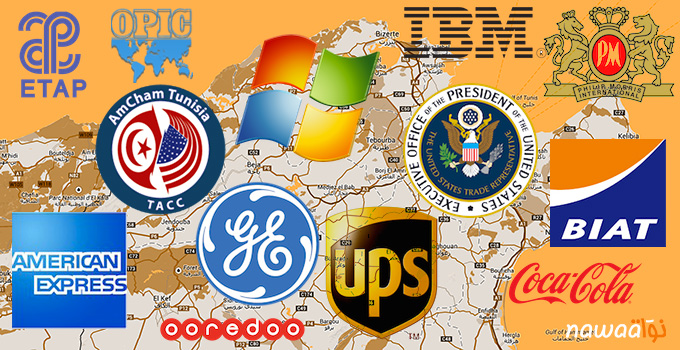 Articles early this month on Tunisia: An Opportunity, US backs Tunisia’s efforts to improve investment appeal, and Tunisia-United States: The Declaration of Love described the Investment and Entrepreneurship Conference that took place in Gammarth on March 5. Organized by the American Chamber of Commerce (AmCham) Tunisia in collaboration with the US Department of State and the North Africa Partnership for Economic Opportunity (PNB-NAPEO) of the Aspen Institute, the conference focused on «investment trends in the region and the partnership potential for investors to grow and expand into the regional markets, leveraging technology to support regional entrepreneurs and businesses, and educational exchange.»

Following the conference, Albright and Pritzker co-authored a piece elaborating U.S. support and aid for Tunisia which fall within the scope of a new initiative proposed by the U.S. Department of Commerce. Through the Regional Investments to Support Entrepreneurship (RISE) initiative, «public and private sectors will work together to increase training, mentoring and access to finance for entrepreneurs…and encourage economic reforms that improve the commercial environment.» At the same time, a 37.5 million dollar “lending facility” is to be provided by the Overseas Private Investment Corporation (OPIC) for small- and medium-size companies and «will focus on the franchising sector and partner with three Tunisian banks.»

The next chapter in Tunisia’s story must advance tough economic reforms that will attract investment…It must signal that the country is open for business. To do this, its investment code must be streamlined, simplified and clarified to facilitate more private-sector growth and competition. Tunisia’s banking system is burdened by too many nonperforming loans and would benefit from comprehensive reform. It also needs a transparent, reliable and modern tax and customs structure as well as a public-private partnership law to reduce red tape for international investors and help attract private capital for needed infrastructure projects. Madeleine Albright and Penny Pritzker, This is Tunisia’s Moment

American Chamber of Commerce in Tunisia

Contrary to what one would presume from its name, the American Chamber of Commerce (AmCham) in Tunisia is a non-governmental organization largely subsidized by its members (General Electric, the US Grain Council, Attijari Bank, The Coca Cola Company, IBM, ETAP, American Express Middle East and North Africa, Top Oilfield Services, Caid Essebsi and Partners Law Firm, to name a few) and sponsors (including GAT Assurances, Boeing, Philip Morris Services, HBG Holding, CITI, Ooredoo, Microsoft, HP, BIAT, UPS), a total of some 450 individuals and corporations accumulated through the organization’s monthly membership events, door-knocking campaigns, and website. According to its 2013-2014 activity report, AmCham financial resources in 2013 were drawn from Membership (34%), Training (33%), Events (19%), Sponsorship (13%).1

With a clear emphasis on investment, the Investor and Entrepreneurship Conference has been presented through a discourse that underscores the inextricable relationship between economic and democratic progress. In an interview posted on the website, AmCham Tunisia President Amel Bouchamaoui described the context and objectives of the Conference: «We have invited them [Americans] to support the economic transition in order to allow us to complete the democratic process, since it is in creating wealth and employment that we can aspire to sustainable social peace.» According to Bouchamaoui, barely 70 out of 3,200 foreign businesses in Tunisia are American, for which, she explained, «We have put together an argument that advocates for a greater presence of American businesses in Tunisia, citing the importance of the human potential and opportunity that the country offers for foreign investors as a platform for the conquest of the African continent.»

To encourage such investment, AmCham’s main strategy has been to lobby for national regulatory reforms—specifically the Investment Code and laws governing intellectual rights—as well as a bilateral trade agreement. Though Tunisia-US diplomatic relations date back to Tunisia’s independence in 1956, Tunisia is not among twenty countries with which the US has a Free Trade Agreement (Morocco is the only country on the continent with which the U.S. has such an agreement). Last March, AmCham hosted a discussion on “Trade Facilitation” in which “participants raised the issue of the urgent need of restarting the discussion of the Tunisian American agreements especially the TIFA, FTA, and MCC.”2

“The Bilateral Investment Treaty (BIT) program, initiated in 1981, is designed to encourage and protect U.S. investment. The treaty is an integral part of U.S. efforts to encourage Tunisia and other governments to adopt macroeconomic and structural policies that will promote economic growth. It is also fully consistent with U.S. policy toward international investment. That policy holds that an open international investment system in which participants respond to market forces provides the best and most efficient mechanism to promote global economic development.”

The Bilateral Investment Treaty protocol was signed and submitted to the Senate for consideration in May 1990 by President George Bush and went into effect in February 1993. A Letter of Submittal also signed by the President explained that the US-Tunisia treaty was consistent with BIT objectives protecting foreign investors, particularly: the application of international law to govern the treatment (“‘national’ or ‘most-favored-nation’ treatment”) of foreign investors, as well as the expropriation of investments and associated payments of compensation; free transfer of funds into and out of the host country, the right of the investor to seek third-party dispute arbitration.

Trade and Investment Framework Agreement (TIFA)
In October 2002, the Trade and Investment Framework Agreement (TIFA) was signed by Robert B. Zoellick of the U.S. Trade Representative (USTR) and Mohamed Nouri Jouini, Minister of Development and International Cooperation. Articles 2 and 3 designate the establishment of a United States-Tunisia Council on Trade and Investment composed of the Tunisian Ministry of Tourism, Commerce, and Handicrafts and the U.S. Trade Representative whose primary functions are to preside over issues not covered under the BIT and generally to «identify and work towards the removal of impediments to trade and investment flows.»

“For the purpose of further developing bilateral trade and providing for a steady increase in the exchange of products and services, the Parties shall consider whether further agreements relating to trade, taxation, intellectual property, investment, vocational training, labor, and environmental issues and to any other matters agreed upon by the Parties would be desirable.” – Article 4, Agreement Between the Government of the United States of America and the Government of Tunisia Concerning the Development of Trade and Investment Relations.

There’s a lot that the US is already doing with economic and technical assistance to support the growth of the private sector in Tunisia, so an FTA would complement that because it would be mutually beneficial …This is not an FTA that is going to have a massive impact on the US economy. It will, however, have an important impact on the Tunisian side. Tamara Wittes quoted in Could the next US free trade agreement be with Tunisia?

Since the departure of Ben Ali which symbolized the end of a decades-long case of “state capture,” the push to flesh out U.S.-Tunisia trade relations has manifested in State-driven initiatives to stimulate foreign investment and in calls to adopt a Free Trade Agreement (FTA). In a 2012 “Overview of U.S. Economic Assistance to Tunisia assistance to Tunisia, «several projects under the title of “Encouraging Investment and Growth-Minded Reforms» described Congress’ authorization of a Tunisian-American Enterprise Fund to «help foster stronger investment ties between Tunisia and the United States, will leverage other investors, and will help Tunisians launch the small and medium enterprises that will be engines of long term growth.» The same year, House Committee Representative David Dreier was among a number of U.S. officials who advocated for an FTA with Tunisia.

Last March, sixty-five «qualified experts, researchers, academics, and analysts» called for an initiative to adopt an FTA with Tunisia in an open letter to Secretary of State John Kerry. In anticipation of the first session of the Tunisia-U.S. Strategic Dialogue with Prime Minister Mehdi Jomaa and President Barack Obama, the Project on Middle East Democracy (POMED) issued a letter urging the US to “deepen” its commitments to, “bolster support” for, and act with “determination and urgency” on behalf of Tunisia’s democratic transition. Among seven recommendations concerning US security restrictions in Tunisia, economic aid, assistance programs, academic and professional exchanges, two encouraged the invigoration of trade policies and the adoption of regulatory reforms to incentivize private investment:

Publicly express intent to pursue a Free Trade Agreement with Tunisia, while revitalizing the Trade and Investment Framework Agreement process. Declaring a long-term aspiration to sign a Free Trade Agreement (FTA) with Tunisia, the Arab world’s most diversified and best performing non-oil economy prior to the revolution, can help spur additional economic reform, encourage a more business-friendly regulatory environment, and galvanize regional and European allies to deepen their own trade and investment relationships with Tunisia. Revitalized Trade and Investment Framework Agreement (TIFA) processes should be used immediately to lay the foundations for a future FTA.
Support Tunisian priorities for financial and regulatory reform and offer technical assistance to encourage private sector investment. …Offering technical assistance and mentorship for existing initiatives, like the Tunisian-American Enterprise Fund, can help improve the entrepreneurship ecosystem. Open Letter to Secretary of State John Kerry, published by POMED (March 24, 2014).

‘Administrative Facilitation’ of the Foreign Franchise
With the volume and range of foreign investors and business operations that AmCham’s rigorous campaigning aims to draw to the country, certainly the quality of employment opportunities and associated working conditions will be accordingly variable. Asked how or to what extent potential investors—for whom AmCham serves as a go-to for networking, communication, and navigating bureaucracy in Tunisia—are screened or regulated in terms of their projected engagement of Tunisia’s “human potential,” AmCham indicated that Tunisia is presently not in the position to be highly selective, that the necessary first step is to increase foreign investment which represents the job opportunities and foreign currency that Tunisia is so desperately lacking.3

The franchise is a foreign investment model of growing visibility in Tunisia. AmCham has discussed «the importance of providing some administrative facilitation to attract international franchises to the Tunisian market.»4 In Foreign Franchises: A Boon or Menance for the Tunisian Economy? Nawaat Contributor Yassine Bellamine describes Law 2006-69 of 12 August 2009 concerning distributive commerce which defines, establishes the conditions for, and states the rights and responsibilities of the franchiser and franchisee in Tunisia. “Too general,” the law was followed by Decree 2010-1501 of 21 June 2010 and the Minister of Commerce and Crafts Decision of 28 July 2010 to specify the conditions and obligations commanded by a franchise contract. Noting the absence of statistics or studies gauging the impact of foreign franchises in the Tunisian economy, Bellamine concludes that it is impossible to discern the extent to which this model of foreign investment will have a bearing on economic and social outcomes in the long-term. “Nonetheless,” Bellamine writes, «it is undeniable that the security offered by franchise contracts is a solution for economic development.» Given the economic weight of the franchiser and the support provided for its operations abroad, the foreign franchise represents a force of continuity and sustainability both for the franchiser and the host economy.

The Foreign Franchise: Effects Upon Franchiser and Franchisee

Questions concerning the implications and long-term impact of foreign investment models such as franchising are at the center of broader debates animated by contrasting economic visions: to what extent must Tunisia embrace the principles and practices of a free-market economy? In this arena, discourse that underlines the interrelatedness of economic and democratic progress is characteristic of a growth-based, free-market interpretation of “economic freedom.” While there is no question that any semblance of democracy requires the harmonization of economic, social, and political rights and realities, history and human nature show that power and political forces pushing for economic growth are not necessarily and not often the ones pushing for equity or equilibrium.