Redeyef: A Town of Hopes Betrayed 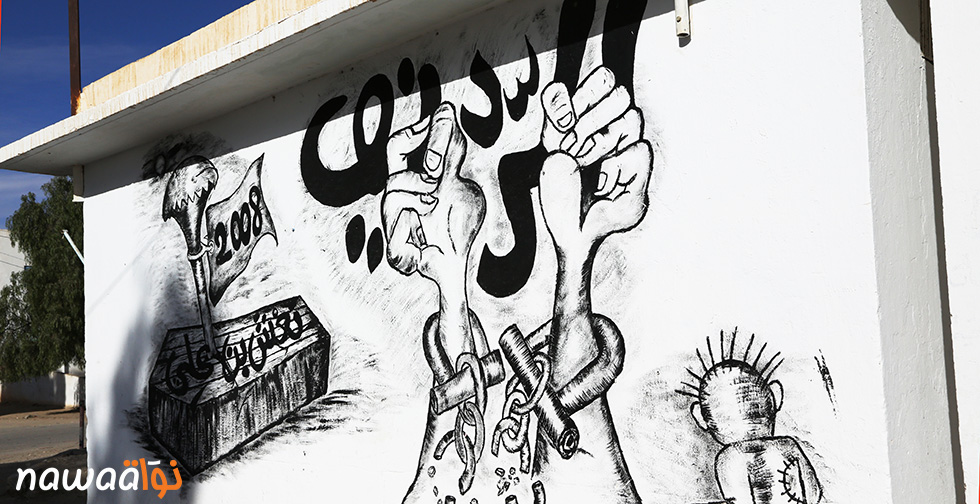 It’s hard to believe, when you’re in Redeyef, that this town is one of the richest in the whole of Tunisia. It’s also in Redeyef that we see the real meaning of social injustice.

Despite the four hundred thousand tons of phosphate mined there every year, the twenty-seven thousand inhabitants of Redeyef have, for decades now, had access to just one school, one poorly equipped hospital, and a deserted youth centre.

It is here that the unequal distribution of wealth is most stark. The impressive mounds of phosphate dominating the surroundings do not hide how rundown Redeyef remains; potholed roads, broken lampposts, a small tumbledown souk and an obvious lack of public buildings are just some examples. All this bespeaks a wider issue: the failure to achieve an equitable distribution of the region’s natural resources. 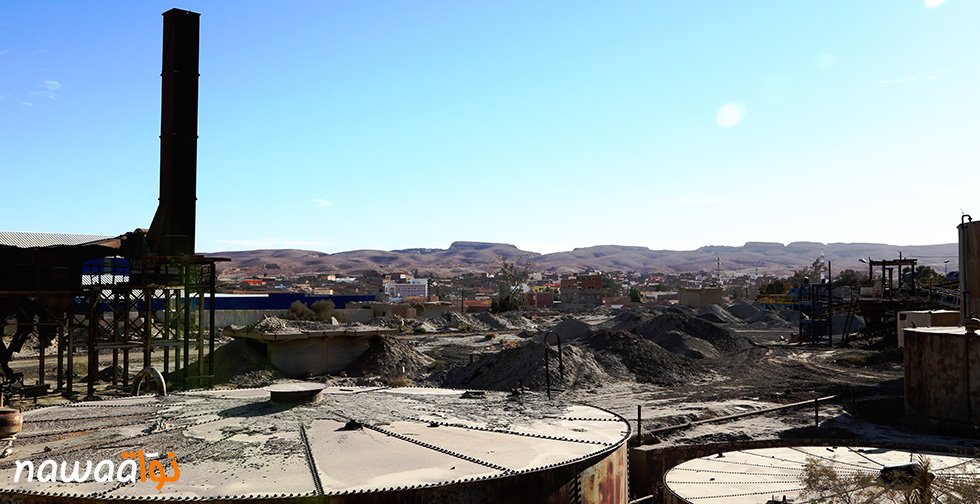 For all this, those living in Redeyef would still mobilize to claim their shred of dignity and hope. Between January and June 2008, the entire town rose up against the regime of Ben Ali. Six years later, and four year years after January 14 2011, nothing has changed, even if the new parliament counts among its ranks a trade unionist and symbol of the mining basin: Adnane Hajji.

Tarek Halimi, a former prisoner of the mining basin and president of the Redeyef branch of the Tunisian Forum for Economic and Social Rights (FTDES) tells us:

We are back at square one. Austerity, corruption and violence is the only response of those in power to our demands. When the people [of Redeyef] opposed, peacefully, the State’s decision to continue sub-contracting out the transportation of the phosphate, they sent over security forces to repress them. It took several days for calm to return and to get any response from the authorities. 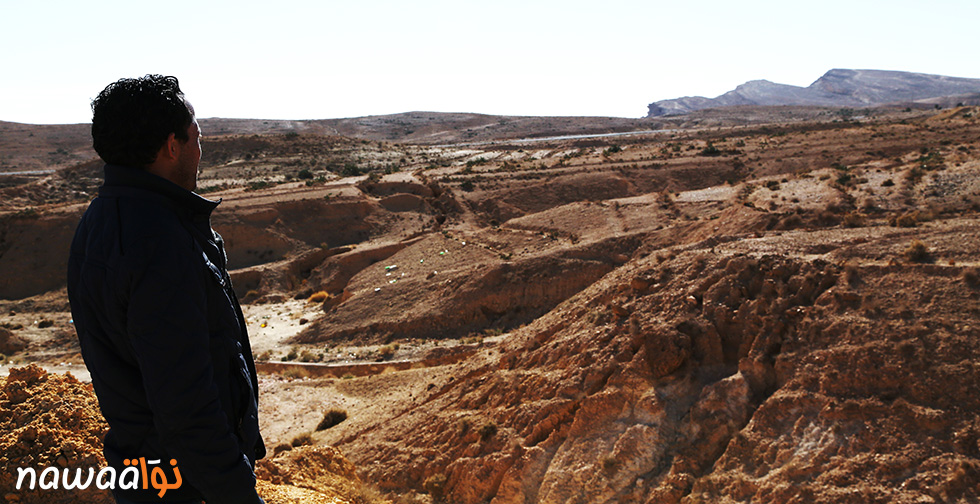 In the offices of the FTDES, we get to know Othmane Ben Soltane, an important figure in the 2008 uprising. Currently unemployed, this young graduate has devoted his life to the bitter struggle against the Gafsa Phosphate Company (CPG) – the fifth largest producer of phosphate in the world – and to claiming what he sees as his community’s rights. Othmane explains to us with some emotion:

I’m thirty-five, I have a degree in Life Sciences, but I’ve never worked. Redeyef is my mother, sister and only country. I had the honor of living through everything that happened in this town in 2008, this town that taught us how to resist. It was here that I learnt that you must snatch your rights and fight to live with dignity. 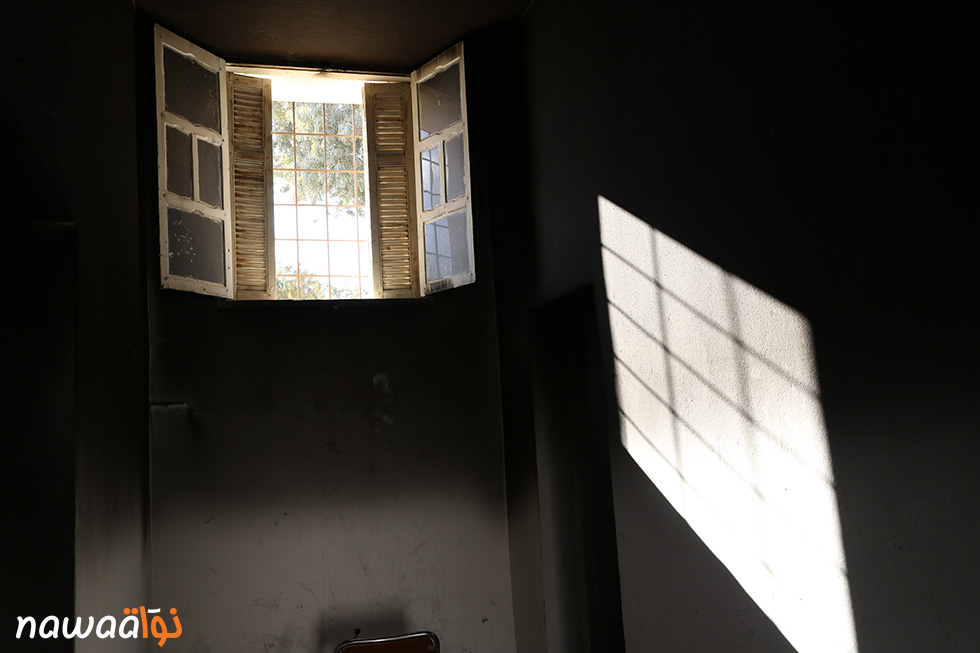 With the first signs of wrinkles around his eyes, a pointed nose and dark complexion, Othmane looks like many others in the south of Tunisia, all of whom seem to wear a permanent smile. His hands in his pockets, he leads us into the town, which still bears the traces of the “battles” between the young people of Redeyef and the security forces. In front of the police station, burnt down the day before our visit, a teenager calls out to us: « It was the police who burnt down the station. They insulted us and called our martyrs and activists all sorts of names… Do you see what I’m going to school in? Do you think what’s happening to us is fair? », asks the child, pointing to the holes in his shoes. 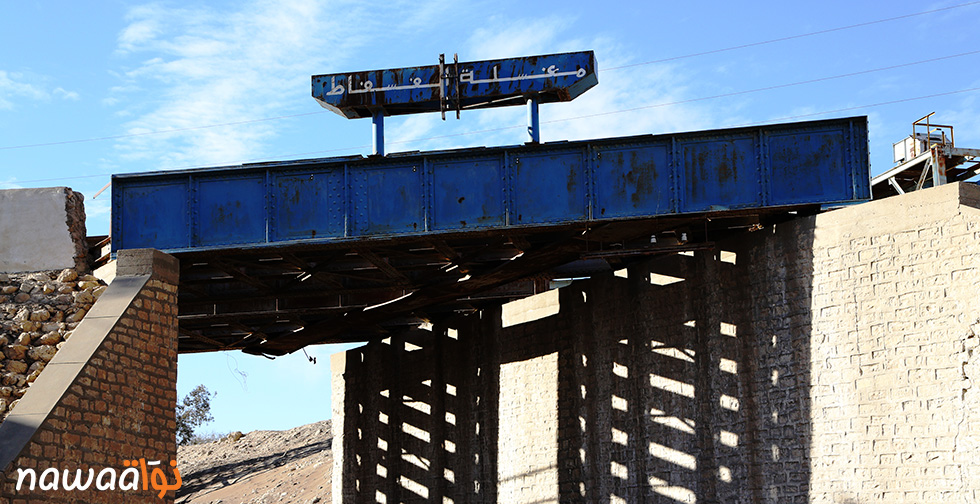 A bit further on, we arrive at the CPG washing station where ten or so workers meet us. « We’ve no hope left for any sort of change! The State protects the corrupt barons who are still stealing from us. They’ve become deputies in parliament and continue to pillage the mining basin with impunity », explains one of the workers before getting the order from one of his superiors to cut off the interview.

In Redeyef, the recent problem with the sub-contracted transport companies is just the tip of the iceberg. Recalling the events of 2011 and 2014, Othmane tells us:

We went through a period of civil disobedience, after the general strikes of January and May 2012, and numerous hunger strikes on the part of the unemployed and phosphate company workers, with the aim that our social and economic demands might be taken into account. But we got nothing, except some promises and the signing off of some reports, without any actual outcome.

It will be recalled that, in 2011, the CPG created the Tunisian Company for the Transportation of Mining Products. According to the workers, however, this entity has never actually transported any phosphate. Indeed, these same workers organized a strike demanding their assimilation into the CPG, but this was used by the administration as a pretext to re-establish the sub-contracting arrangements that had previously been contested by the inhabitants of Redeyef.

While the CPG claims that the people of Redeyef obstructed the rail lines transporting the phosphate, as well as the private trucking fleets, the residents themselves offer evidence that the train only stopped following a decision made by the National Tunisian Railway Company (SNCFT), after a mysterious accident that took place between two phosphate-transporting trains.

Out of the 22 billion dinars that it costs the State to transport phosphate by train, and the 102 billion that the CPG pays the sub-contractors to do this work, there remain 80 billion dinars unaccounted for and that we don’t have any rights to. What’s worse, the businessmen who profit from these dubious phosphate transportation contracts are equally implicated in the corrupt practices of the Trabelsi. All of this is common knowledge to everyone here. 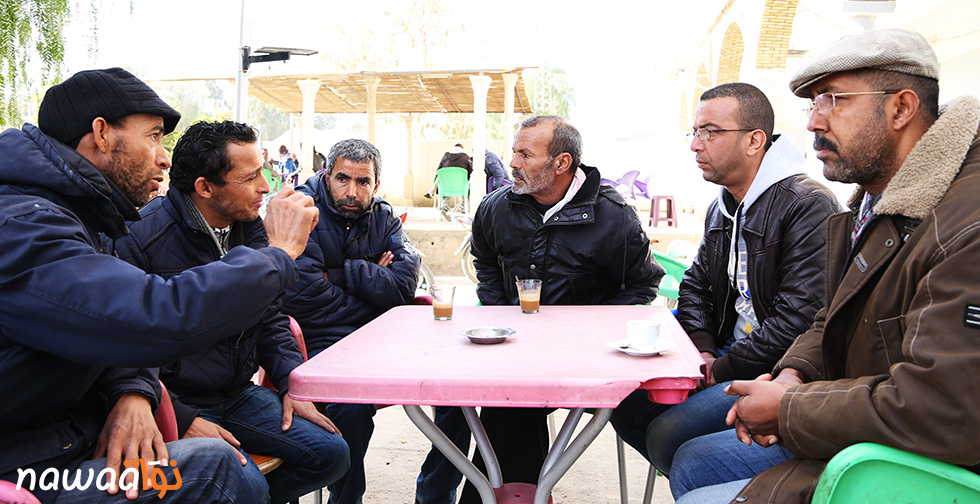 In the cafe with former CPG workers, Othmane outlines the problems with the company and its links with corrupt businessmen. According to Othmane, everyone speaks about a deputy and businessman who is, allegedly, known to have had links with the Trabelsi during Ben Ali’s reign. The residents of Redeyef believe he bought his seat in parliament by corrupt means. He accuses him, as well as other businessmen involved with the mining basin, of being behind the unrelenting attacks of the police on the people of Redeyef.

This period of local unrest has coincided with an event organised by the FTDES, dedicated to social and economic issues, entitled “January: the month of social movements”. Before we returned to Tunis, the inhabitants of Redeyef got together to choose the delegation that would participate in this event. The two generations of protest movements in Redeyef formed a delegation that marched down Avenue Habib Bourguiba, in Tunis, before attending the assembly, which brought together several of the country’s social movements. 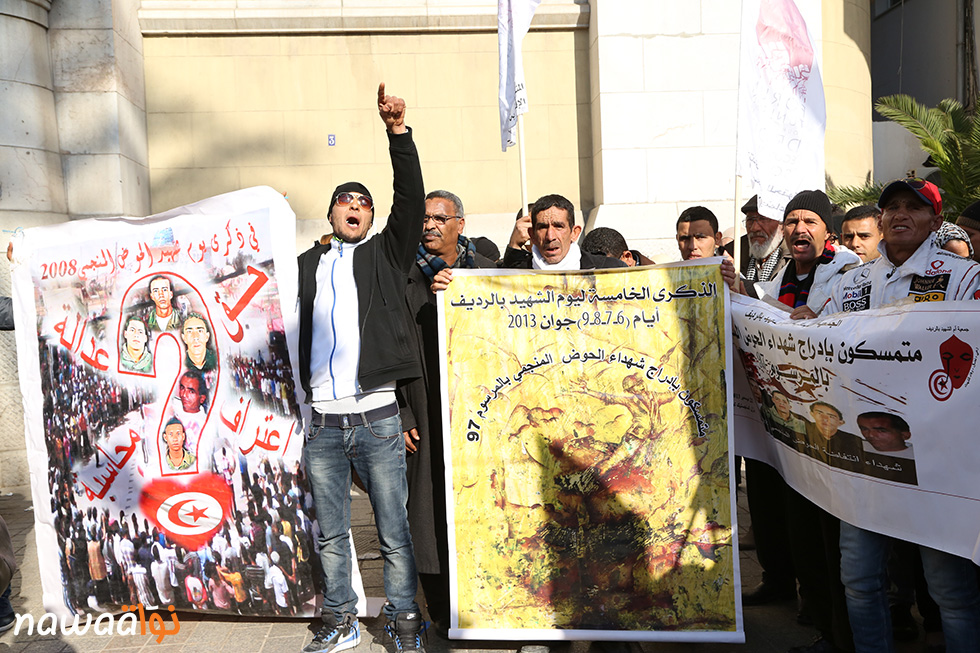 Between despair and revolt, the people of Redeyef are currently in limbo. At the same time as trying to calm the increasingly radicalized youth of the region, the inhabitants of Redeyef, along with local trade unionists, continue to demand a productive dialogue with the authorities in order to discuss the main demands of the town and region. The ball is now in the court of the next government and new parliament who together will have to confront the biggest challenge in Tunisia’s history: genuine transparency of resource management, this time underwritten by the Constitution. This should be a transparency that serves, too, to promote the equitable distribution of the resources in question.