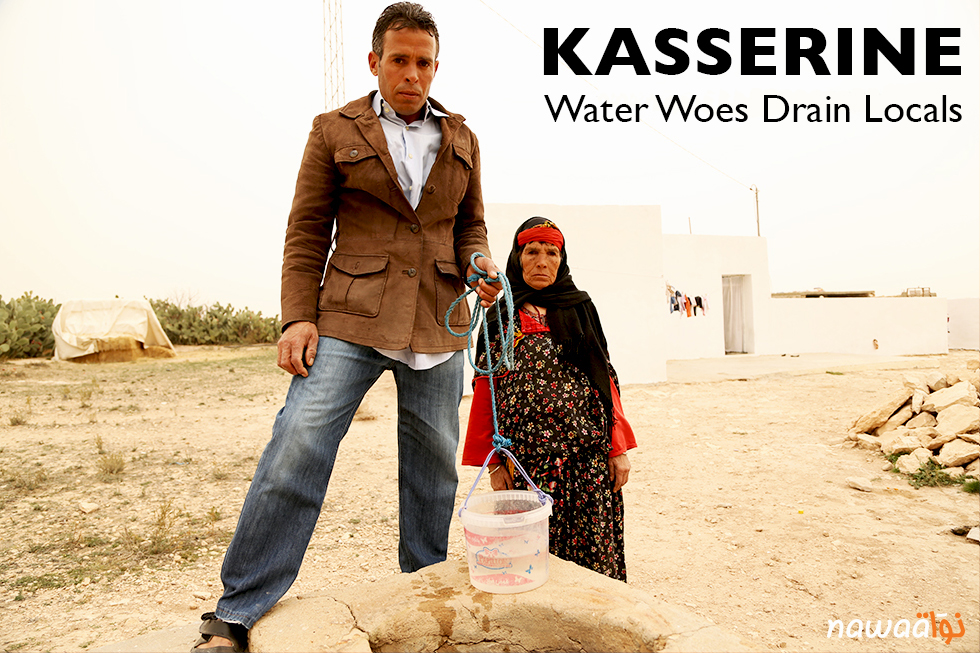 Among the variables that determine regional development indicators are the rate of access to water and sanitation. After Kairouan in the center of the country and Sejnane in the north, we set out for Kasserine, where the rate of access to potable water for the majority of delegations throughout the governorate is less than the national average, a fact which exacerbates the plight of vulnerable and poor segments of the population with limited access to potable water at best, and nothing more than contaminated drinking water at worst.

It is easy to lose count of the number of water issues that locals in Kasserine have faced for decades. In 2014 alone, three cases exemplify the ongoing water drama: This past October, police suppressed demonstrations in the delegation Lâayoun when locals protested the lack of potable water. For the entire month of December, Avicienne high school in Bouzguam was without water. In June, the potable water supply for Ezzouhour was contaminated by used water as a result of «a switching error», according to the ONAS.

According to a recent report by the Commissariat Régional du Développement Agricole (CRDA) de Kasserine, the region «holds important hydraulic resources estimated to be 271 million meters cubed per year in addition 29 surface aquifers, two of which are shared amongst the regions of Kef and Sidi Bouzid, and 29 groundwater aquifers». The rate of exploitation of subterranean water sources in the region is an estimated 1.3 percent. However, «the document evokes the over-exploitation of hydraulic systems, notably in the sector of potable water and irrigation, in addition to uncontrolled drilling of groundwater aquifers which have been exhausted in the delegations of Sbiba and Foussena, and the demand for the creation of public and private wells for irrigation». Furthermore it appears that the over-exploitation of water in catchment lakes threatens hydraulic resources in the region.

Until the end of 2013, water groups generated «a general rate of distribution of potable water close to 94 percent», a number that falls short of the goal presented in the seventh development plan which aimed for an increase from 93.5 percent to 98 percent across some twenty governorates, Kasserine among them.

In Masherq Chams, Ouinaissia, Khima El Khlayfia, Smichette, and Laâyoun, disenfranchised inhabitants remain without clean water even in schools and at the mercy of an inconsistent, unreliable administration and general indifference to these dire circumstances.

The village of Mashreq Chams (“sunrise” in English) does not appear on the map. It is the name that «its fifteen hundred inhabitants affectionately gave it… since among the mountains that surround it, one points to the sun. It is located 300 kilometers from Tunis, between the cities of Sebeitia and Kasserine» writes journalist Sarra Guerchani. 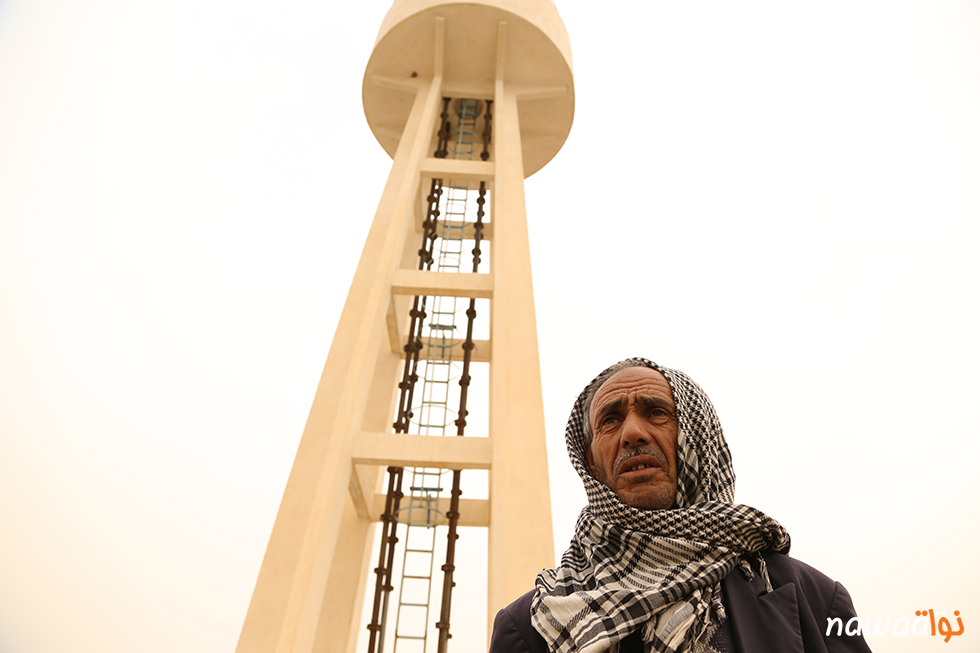 this water tower supplies around seven hundred families of which five hundred are directly supplied by a pump system. The main disadvantage of this system is a weak water flow. In addition, two hundred families are indirectly supplied by water tanks transported by a truck to areas off the main grid. Such water distribution costs between fifteen to twenty-five dinars depending the distance covered to deliver the tanks.

Nonetheless, the problem resides in equipment maintenance and the exorbitant cost of tanks for the majority of inhabitants. Low water flow described by the water tower guard is a result of the archaic manual pumping system that feeds the main distribution reservoir.

Since the installation of this water tower in 1982, the CRDA has not taken charge of its maintenance. And to remedy its disfunction, they changed out the original tower for one of a lesser capacity, and as a consequence we don’t have the same quantity: the rate of flow is half of what it used to be, the tower guard explained.

Indeed, the quantity of water distributed has diminished because of the «increased volume of hydraulic resources used from the reservoirs». According to the CRDA report for Kasserine, this decreased flow has prompted the use of one thousand tube wells and 115 deep wells that were created over the course of the past ten years. For the CRDA, the use of tanks in areas far from the water tower is a viable solution suited to local needs. In response to our question about water quality, the inhabitants of Mashreq Chams affirmed that there was no problem with hygiene and that chlorination is a precautionary measure. «We have substantial water resources and an inexhaustable source of water. What we are lacking is good management», one of the locals told us.

For his part, president of the Groupement d’Intérêt Collectif (GIC) in Mashreq Chams, Abdessattar Chahbi, said that,

We don’t deny that a water cut is possible in the case of unpaid water bills, but in general, we manage to avoid this problem. Aside from this, the vast majority of the inhabitants in this region benefit from potable water, with the exception of sixty to seventy families that live far from the network of distribution pipes.

According to Chahbi, two projects underway entail the sustainable reform of water supply to households throughout Mashreq Chams and neighboring villages by the end of 2015. One of these projects is financed by the PNUD and the other by Switzerland. The Mashreq Chams Villages association, in partnership with Tunisie Entraide, has launched a project called “L’eau, c’est la vie” (“water is life”) to assure villagers access to clean water.

Without access to clean potable water, the inhabitants of Ounaissia and Khima have no other option but to utilize the tank trunks. Ironically, villagers pay for this water at high prices in correlation with the distance covered to deliver the water; while those who access the main grid pay much less. Some dig into their meager income to afford this vital necessity. But the water accessed is unsanitary and unfit for consumption compared to water from the main source since it is contained in the truck’s steel tank and then poured into concrete cisterns built by locals to store the water.

Sbiba
Our next destination was the delegation of Sbiba, located in the north-east of Kasserine. We stopped first in Henchir El Assal, in the still more destitute neighborhood of El Khlayfia. Here water distribution takes place via a principal pipeline and connecting tubes to which only those with the economic means have access. «I am a widow and can’t afford to install a pipe here, so my neighbors use theirs to supply me», one woman told Nawaat. 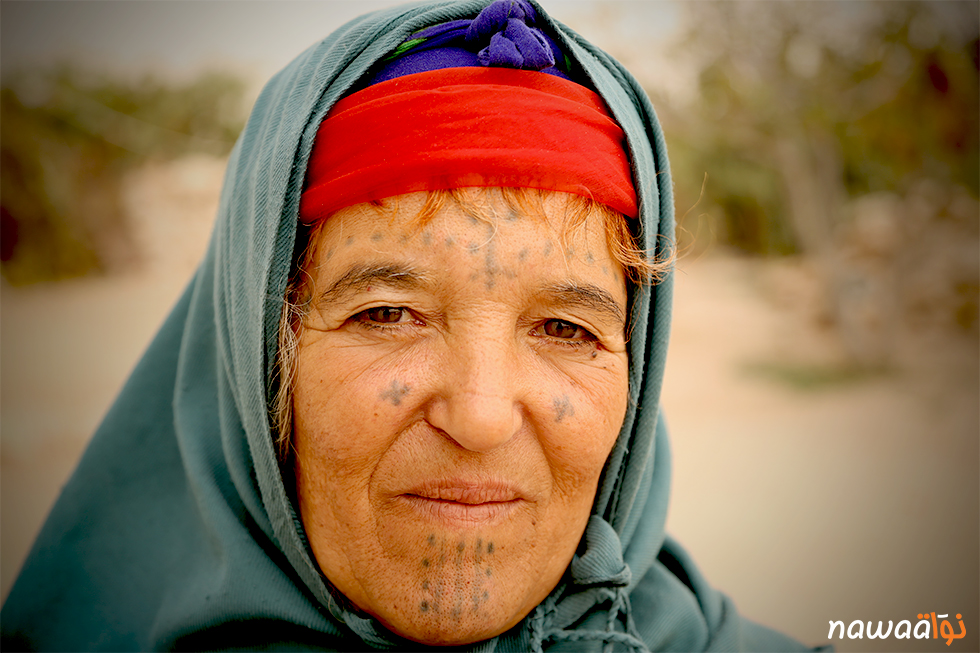 In El Khlayfia, one construction site is in the midst of a project that will expand the network of pipes issued from the primary channel. Salah Misaoui, treasurer of the regional GIC office, explained, «the problem here is ignorance about the expectations and recommendations of locals. We communicate [our ideas] and are well placed to orient officials». Locals of Henchir El Assal affirm that it suffices to complete the channels of 200 meters in length that are already in place for residents to access to potable water. One of them told us, «sometimes, we are so desperate and revolted by our humiliating situation that we set to breaking the pipes to access water». 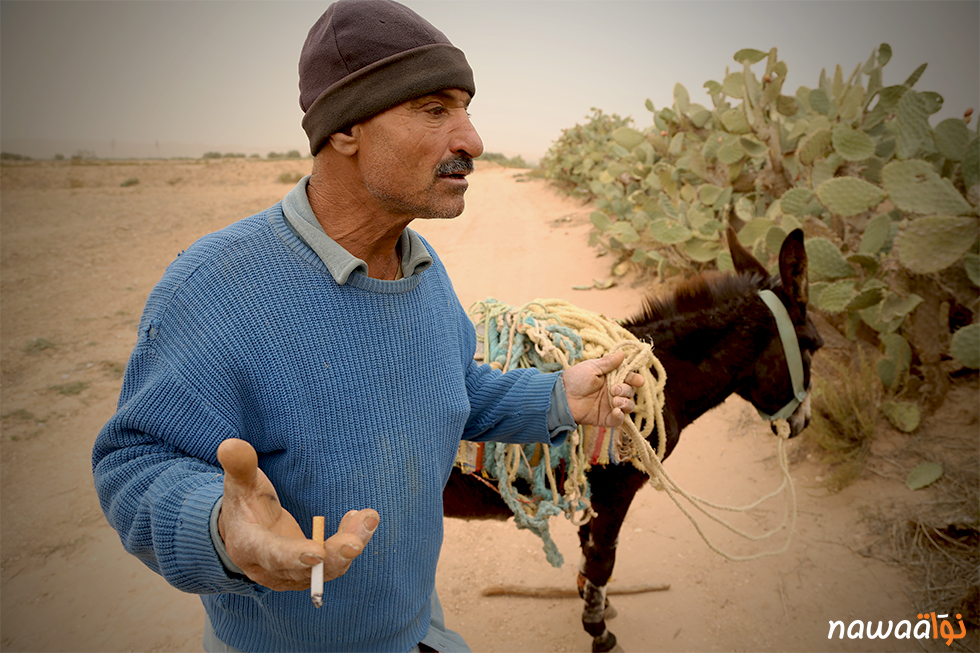 In the neighborhood of Smichette, water politics are the same: concrete cisterns filled by water tank trucks, poor quality water, and intermittent intervention to improve water access. Youssef Smichi, president of GIC, speaks out against the so-called expertise of CRDA’s designated research bureau. He deems their expertise «arbitrary» given that they have not implicated the members of GIC who theoretically act on behalf of the region’s inhabitants. Youssef confided in Nawaat:

We have filed a complaint against these senseless and incomplete interventions, but we have received no reply. As always, it is the indifference of the administration that wins out. We are certain that there is manipulation behind all of this.

He added that «we have lost the confidence of locals as a result of the errors committed by the research bureau. Nonetheless, we are trying to the best of our ability to contest every technique that we judge unsuitable or which does not impact the maximum number of inhabitants».

In Lâayoun, the principle source for potable water is a well equipped with a junction and water pump. Locals shared their concerns: «A water cut is always unpredictable and probable. We have made use of water tanks as a substitute».

We evoked the issue with school director Hamza Nasraoui who is also the treasurer of the regional GIC branch.

We are facing a lack of CRDA management. The GIC is equipped with civil servants and independent financing. We are thus in charge of selling water to citizens and maintaining the network. In reality, the selling cost of water is far less than the cost of maintaining the equipment but most of all less than the unaffordable sum of STEG bills.

At the school, the director has devoted himself to constructing a cistern in conformity with hygiene regulations and has personally taken responsibility for its maintenance. Four years after the revolution, access to potable water remains one of the greatest concerns for inhabitants of rural areas like Kasserine. Extended periods without water force people to use water unsuitable for human consumption. The lack of equipment and facilities maintenance over time degrades health and hygiene, a trend which has pushed certain residents to leave their villages. 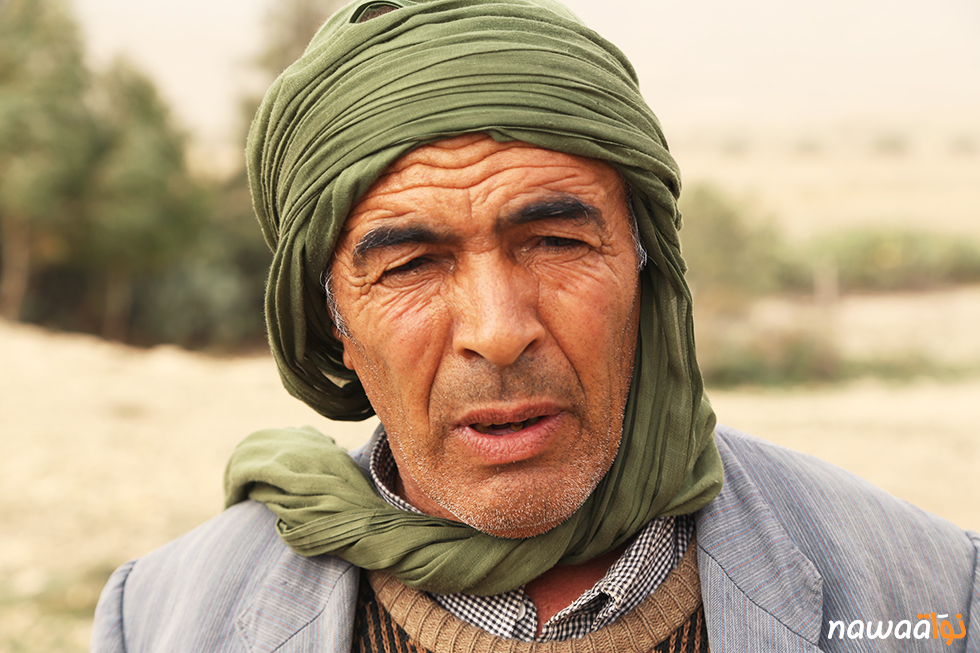 Water politics continue to prevent this segment of the population from integrating into social and economic development processes. Varying according to region, the rate of access to water is but 91 percent in the north, 94 percent in the center and 98 percent for the south. The supply of potable water in these regions that experience irregular accessibility, harsh climatic conditions, and inconsistent availability of resources, remains largely insufficient. Furthermore, the majority of water groups active in supplying water to rural communities face financial, technical, social, and administrative challenges. 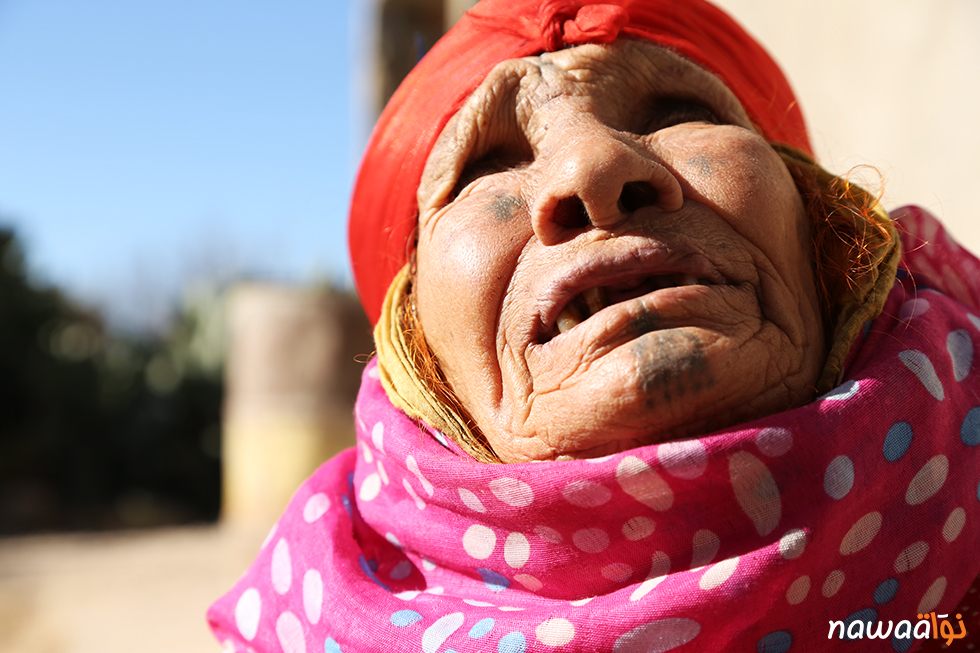 Will the draft law concerning an amendment to the current water law improve access to potable water for the inhabitants of Kasserine? For the moment, the country’s new deputies in parliament do not appear pressed to address water issues in Tunisia by a discussion and vote on this particular bill.