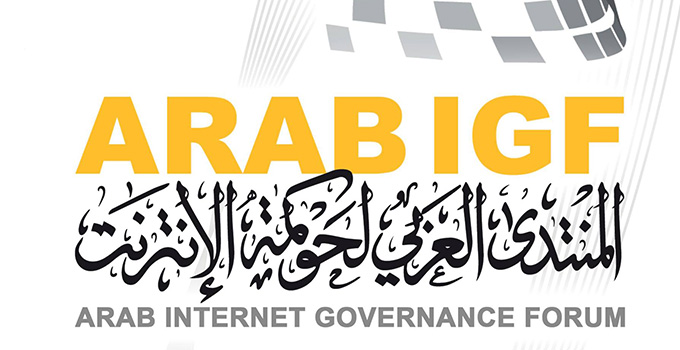 In the lovely Beirut, more than 300 foreigners have gathered to participate in the 3rd edition of the Arab IGF. The day zero was very successful as official pre-event was attended by 170 people, and so was the rush to have a say at the in parallel events organized by Smex, 7iber, EFF, Global Voices and other organizations.

Globally, the Arab IGF III gathered 575 participants, with a large 40% from Civil Society and only 20% Government representatives. The low presence of governments from the MENA region was also raised at the closing remarks session. The Forum was a men’s land as gender distribution was 72% Male and 28% Female. The trend was also reflected on the first day at the opening ceremony, since there was only one woman out of 17 speakers and with not a single civil society speaker.

The opening at that quite sad morning, since all of us were affected by the loss of the great Lebanese Diva Sabah, quickly became vibrant when the Lebanese ICT Minister H.E Mr. Boutros Harb took the floor. The room was taped to his speech full of concrete proposals for Lebanon and the whole region. Mr. Harb was up to date regarding what is happening in the IG global debate. He criticized the IANA transition and ICANN management as well as the NetMundial initiative, cited the Snowden revelations as a horrible threat to all countries and among other strong declarations, investing in the development of the infrastructure and promoting the multi-stakeholders IG model that enables innovation and safeguards online Human rights. At the end Mr. Harb announced an upcoming first Lebanon IGF.

A lot of attention was given to the plenary session on “Openness: Rights and Responsibilities” on the second day of the forum. Indeed, Ms.Suzan Hajj Hobeiche, Chief Technical Department, from Counter Terrorism Unit (Lebanon’s Juridical Police), and after giving insights about the cyber security activities in the country, declared that censorship was inefficient: “the more we block blogs or websites, the more they create mass movement”, mentioning the example of last case in Lebanon #FreeKarim. Quite positive as we have heard Mr. Marzoug, former Tunisian ICT Minster stating in another panel that Tunisia didn’t block websites without legal proceedings, and that now, there isn’t any blocked websites. She added, like did the Lebanese Minister of ICTs a day before, that Freedom on the Internet should be safeguarded.

On the legal part of the counter terrorism unit, Ms. Hobeiche said that Internet related lawsuits should be part of the civil law, not the penal code as it is practiced. While this statement was well received by the audience, another statement shocked the same audience when Ms. Hobeiche declared that ethical hacking techniques is a must for cybercrime investigation, adding that lying to a citizen is allowed to lure him/her.

The common interests and comments by the civil society representatives were about online Human Rights, as resumed in the Civil Society statement at the closing remarks session.

In a panel on “Privacy and Rebuilding Trust”, while governmental representatives, such as Ms. Awatef Homri from ANSI (Tunisia’s National Agency for Computer Security), gave a different order of priorities in the cybercrime battle: national sovereignty (ie: security), awareness through capacity building, trainings and more international cooperation, Mrs. Reem Al Masri from the Jordanian multimedia organization 7iber asked for data transparency. She said that government data is a key point to many principals of Internet Governance, adding that the need for transparency is also important for private sector when it comes to their access and use of citizens’ personal data.

In the top 3 of most represented in the Arab IGF were the 22 Tunisian delegates (officials, public sector and civil society representatives). Nevertheless, while this homogeneous group of speakers and participants was a “Nice” representation of our country, the group wasn’t very active, considering our positioning in the MENA region as a leader on IG debates.

Although we have different opinions on the IG issues in our country, in Beirut, everyone has tried, through ‘off the record ‘discussions, to dispel misunderstandings or, for example to confront Mr. Marzoug regarding the decisions he made during his term, especially those related to the ATT (Technical Telecommunication Agency).

Raed Chammam Engineering student and Activist, told us: “I’m not sure why most were there. I think my discussion with Mr. Marzoug was “interesting”, otherwise this event is not for dissension making so possibly this is what it was about.”

We can just sheer up how far we have come as Tunisia and Arab countries, as the existence of the Arab IGF in itself is a success. Tunisia announced the intention to submit its candidacy to host the next forum. If won, 2015 would be the year of the Tunisian Internet as we are hosting our local IGF in 1st quarter and the Africa Internet Summit in late May.