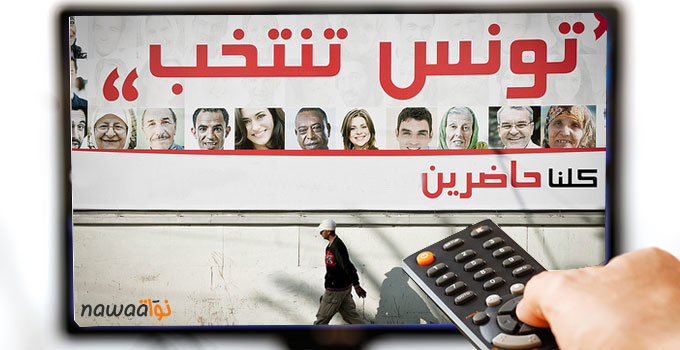 …At the level of the HAICA and the ISIE and in the context of several inevitable legal gaps, the interpretation of certain legal dispositions will certainly give way during the campaign to fervent contestations by politicians and audiovisual media outlets alike. The latter groups, subjected to the obligation of neutrality under the electoral code and the more general obligations prescribed by the specifications [relative to private and public associations of the audiovisual sector]*, will be at the heart of the electoral campaign. Riadh Guerfalli, Future Elections: The Collaboration of the HAICA and the ISIE–to Better Withstand the Line of Fire!

Whereas the National Dialogue of Tunisia’s interim government has been crafted by technocrats and politicians and molded according to the interests and conditions of foreign investors and aid donors, the election of a new government (before the end of the year if the same technocrats and politicians can come to an accord about the order and date(s) of presidential and legislative elections) falls to civil society, to the public opinion and participation in elections. As political actors are enveloped in the folie of media campaigns, independent state commissions are charged with the momentous task of protecting pluralism, freedom of the press, freedom of expression while ensuring that media is not born away by the political and economic undercurrents that have rocked the boat over the past three years.

In the six months remaining to the interim government, the quality and success of the second elections since Ben Ali’s departure are vastly dependent upon Tunisia’s recently-formed Independent High Authority for Audiovisual Communications (HAICA) and the Independent Superior Commission for Elections (ISIE). As much as instruments to monitor and ensure transparency and the constitutional operation of state powers and processes, the HAICA and the ISIE are, just several months into their roles, equally accountable for their own transparency and constitutional operations. The next six months will not only measure these insitutions’ competency and capacity to fulfill their dual responsibility but will more generally decide the nature and successfulness of elections and the direction of the country through and beyond this transition period.

‘I love Tunisia, so I am Registering to Vote‘ 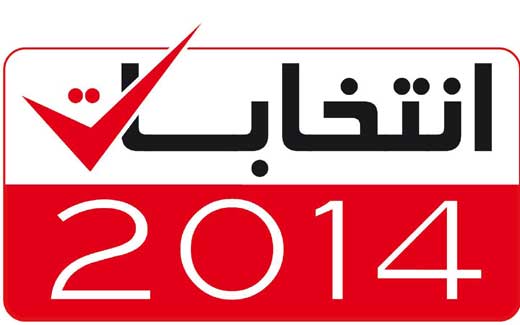 Part of ISIE’s work is its own media campaign, «I love Tunisia, so I will register to vote,» an awareness-raising initiative launched May 19 to enlist the participation of Tunisians in the second and last elections of the democratic transition. After the Octobrer 23, 2011 elections in which a significant proportion of Tunisians—approximately four million, or more than one third of the population—did not register to vote, ISIE President Chafik Sarsar reports that the campaign is designed to «target all social categories and levels of education» in the country’s marginalized interior as much as its outer regions. Representing the demographics in question are ‘the taxi driver,’ ‘the elderly man’ of seventy years, retired, and handicapped, ‘the woman,’ of fifty years, as well as ‘the youth,’ a young man of twenty-one and a young woman of twenty-six. In anticipation of the June 23 date that marks the opening of voter registration, two hundred civil society organizations throughout the country have collaborated with ISIE’s regional offices (of which twenty-five have been established), the Independent Regional Committees for Elections (IRIE), to participate in the campaign. According to Sarsar, citizens will be able to register directly in designated municipal and administrative locals, over the phone, or through the ISIE website.

In a continuation of the National Dialogue, a decision is to be made on Wednesday, June 11 as to the separation and order or concomitance of the presidential and legislative elections. The precise date(s) have yet to be fixed.

The next elections will be more difficult than those in 2011 in view of the disenchantment of voters in the face of the political tug-of-war and uncertainty surrounding the democratic transition, judged the ISIE president who insisted upon the neutrality of the Commission and its obligation to remain impartial regarding the separation or concomitance of elections which he qualifies as a ‘political issue.’» DI with TAP, The ISIE Unveils the Next Elections’ Logo

To address these specific social and political determinants (a disillusioned public and politics that threaten to undermine the legality and neutrality of democratic processes respectively) that define the objectives of the institutions in place to prepare for fair and transparent elections, the HAICA hosted a workshop on Friday, June 6 that was attended by civil society members, electoral law analysts, audiovisual media representatives, and the ISIE. Nawaat was also present at the assembly and the ensuing report emphasizes the necessity and apparent will for collaborative efforts amongst the two institutions and asks whether good intentions will carry through to effective practices that can withstand the pressures and unpredictability that is characteristic of transition. 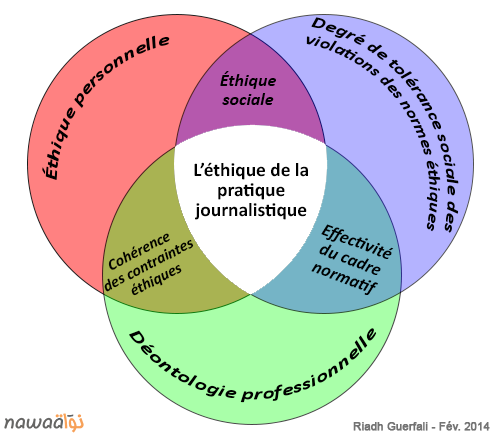 The Nawaat article enumerates several key factors that influence the HAICA-ISIE’s precarious position; the defiance and manipulation by political parties intent on winning elections and audiovisual media outlets resistant to negotating their perceived range of operations, and also the delicate and mercurial dynamic between politics-economy-ethics behind public opinion and media outlets. It further suggests that the tactic that will enable these institutions to withstand the push and pull of political and audiovisual media actors is to make public all media campaign funding sources so as to allow civil society to develop informed opinions about the intentions that drive actions.

Fragile as they are in their heretofore short existences, they will find themselves between two ‘rows of canons’ … on one side, political parties who will not hesitate to venture into the depths of the legal framework’s grey areas. These parties, avaricious as they for electoral victories, will not hesitate to attack these two institutions as soon as the latter attempt to slow their ardorous media campaigns in the case that they undermine the law. On the other side … audiovisual media outlets will not hesitate to attack these institutions to assert their own visions of what their flexibility should be. Professional audiovisual organizations have already shamelessly confused political and economic interests with the protection of freedom of expression and pluralism. Riadh Guerfalli, Future Elections: Collaboration of the HAICA and the ISIE to Better Withstand the Line of Fire!

Opening ‘a critique of the media within the media’
A previous article on The War of Media Patrons and the HAICA Signals the Color of…Elections captures the broad symbolism of the HAICA’s role and challenges that are fundamentally the same facing all newly-formed or reformed institutions, but specifically, of course, the two in question: «One wonders if, for critics of regulation, the electoral law which commands the collaboration of the HAICA and the ISIE and which pronounces first ‘the impartiality of media’ as well as ‘the neutrality of administration and places of worship’ will be in turn qualified as unconstitutional.» Impartiality and neutrality, as well as the protection of pluralism and diversity of information, are indeed the foremost objectives and greatest challenges facing these institutions; the HAICA is pressed to «open the door to a critique of the media within the media,» as «regulation without autoregulation is the ruin of the media.» The article describes, in the context of discourse involving media and legal experts, a worrying “‘capitalistic’ conception of audiovisual [media], defended as an economic market, and not as an industry directed by public interest. Did Bourdieu not say that ‘the market contributes not only to the symbolic value but also the meaning of the discourse.’»

It is important to expand the scope of reflection of this dialogue to politico-economic questions pertaining to international relations, in particular those that have a negative impact on the already precarious economic and social situation of Tunisians, as well as to the major issues facing the future of Tunisia…which demands the rehabilitation of Tunisian strategic thinking that seems to have entered into hibernation since Tunisia joined the club of countries subjected to structural adjustment plans and its opening to globalization and a market economy… Ahmed Ben Mustapha, Rehabilitating Tunisia’s Strategic Thinking

The course and content of the National Dialogue is often criticized for being unproductive and errant, its interlocuters for failing to strategize according to the Roadmap assigned to the interim government and to implement much-needed reforms. The same concerns surrounding the emergent HAICA and ISIE are associated with the discourse and elaborations of technocrats and politicians, a sense that the Troika’s discourse, heavily influenced by foreign interests, falls short of demonstrating the democratic integrity of state insitutions and processes, of its loyalty to and functioning for the common good of its citizenry. A Kapitalis article entitled Rehabilitating Tunisian Strategic Thinking evokes the same economic priorities and weaknesses that undermine the quality of content of the National Dialogue and render it a hypothetical discussion of pertinent issues facing the country, that it has been derailed by subsequent interim governments whose strategic thinking is the same as that of the Ben Ali regime and that these transition governments have pulled the country into a graver economic and political situation for it.

Reorienting Reform and Development Strategies
The author’s recommendations are based upon a restructuring of strategic thinking inspired by the politics of President Bourguiba at the time of Tunisia’s independence in 1962. Comprised of four objectives—economic decolonization, promotion of the individual, structural reform, and auto-development—the author’s proposed plan of action includes: the breaking of «economic improvisation and reckless entry into the market economy» to realign foreign investment (specifically associated with the European Union, the World Bank, and the United States) with established studies and analyses reflecting the country’s precise needs and interests; coexistance of private and public sectors; an emphasis on industrialization of the country’s key economic sectors; compliance of reformed economic policies with the new constitution; prioritization of the development of marginalized regions; preservation of national wealth and natural resources, promotion and preservation of economic autonomy.

…it would be ideal that all of this information be presented in the media and included in political debates and electoral programs so that the public opinion and the electoral body are informed of the true political and economic and security challenges facing the next elections. Ahmed Ben Mustapha, For the Rehabilitation of Tunisia’s Strategic Thinking

Now, of course, in the months preceding elections and presuming that state institutions and operatives are in place and carried out in the name of the citizenry, it remains that the proposed reforms and plan of action are to be realized in full transparency to the end of informing and empowering civil society to participate in the country’s development and decision-making processes.