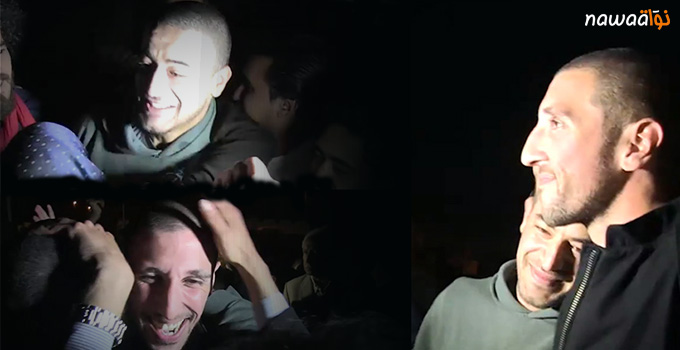 Lawyers, academics, politicians, civil society, more than one-hundred fifty organizations*, Tunisians and internationals propelled the movement to FreeAzyz Amami and Sabri Ben Mlouka, a movement insisting that implicit in democratic transition is the elimination of violence and the abuse of power characteristic of a police state through the precedence of an independent and unpoliticized justice system.

Another Violent Arrest
Azyz Amami and Mlouka Ben Sabri’s arrest on the night of May 13 for the possession and use of cannabis, according to La Goulette police, reigniting debate around Law 52 which is notoriously associated with the suppression of political dissidence under Ben Ali’s RCD administration. Amami, father Khaled, and those close to the blogger-activist claimed that the arrest had been violent and was part of a police campaign targeting Amamy who has has been a militant activist since 2008. In the wake of the arrest, some voiced the opinion that the affair, an issue concerning cannabis use, as secondary to the priorities of the National Dialogue, whereas civil society’s demands, political party statements of support for Amami and Mlouka, and the Prime Minister’s One Hundred Days address reinforced the lasting significance of the affair that attracted overwhelming national and international attention for State Law to take precedence over Police Force.

The #freeazyz Movement
By no means an isolated affair of police violence but singular in that it implicated a figure of public interest, the public was quick to mobilize and rally support; three days after the event, the #freeazyz Facebook page became the hub for supporters to post and access photographs, videos, articles, political cartoons, petitions, and meeting announcements that effectively carried the spirit and the networking of the movement.

On May 17, Youth Decides launched a #Free Aziz petition through Change.org in the form of an open letter to Mehdi Jomâa with the request to «Free all of the youth of the Tunisian Revolution.» Another open letter published on May 14 to French philospher Edgar Morin who has previously articlulated his support for the youth of the revolution, most notably in response to Letter From a Tunisian Activist to Edgar Morin: «Support Us» written by Amami in September 2013.

We do not intend to make the claim of innocence, as we do not have the means. We are not requesting the indulgence of time, because the history of the Tunisian state does not afford us this patience. But we demand that the fundamental rules of the Justice be upheld for Amami. Amir Mastouri, Open Letter to Edgar Morin

In a press conference on Wednesday, representatives from the National Union of Tunisian Journalists (UNJT) spoke on behalf of Amami and Mlouka, condemning the arrest as an attack on freedom of expression, while Khaled Amami reiterated that the case was not a struggle against Law 52 but against the State’s repressive penal procedures and incited Tunisians to continue the work of the revolution. The defendants’ primary lawyer, Bassem Trifi, explained that Amami had refused a drug test, holding that it «undermined his integrity» and that he did not trust authorities to carry out an authentic examination. Trifi pointed out that the 0.13 grams of cannabis for which Amami and Mlouka had supposedly been arrested had not surfaced as evidence.

«These accusations are fabricated pretexts due to Amami’s involvement in the affairs of the Wounded and Martyrs of the Revolution … Law 52 is principally used to defile the image of the militant.» Najet Yaakoubi quoted in Azyz Amami: ‘I have hope that the Justice will remain independent’

For her part, lawyer Najet Yaakoubi confirmed that she had seen evidence of police violence on Amami’s head, back, and neck, while the doctor who had examined him claimed that the marks were from lice. Alaa Talbi described Amami’s case serves to illuminate a great number of lesser- or even un-known similar cases and to allow the Justice to prove itself as independent. 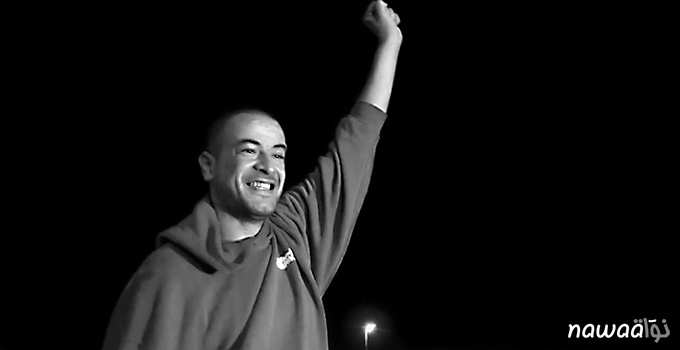 The suspense and events of May 23 were long and drawn-out as demonstrators awaiting Amami and Mlouka’s appearance before the judge assembled outside of the courthouse and kept vigil until late in the night outside of the prison where they received a freed Amami and Mlouka. Activists, journalists, supporters young and old occupied the street morning to afternoon on Friday, chanting and brandishing signs against police repression and violence. A smaller and certainly no less fervent crowd waited in the dark outside of Mornaguiya prison until Amami, left fist raised victoriously towards the sky, and Mlouka, smiling, emerged from the prison, the case having been dismissed due to a procedural defect…Embraces, tears, smiles, chants as Amami and Mlouka circulated the group. The effective diffusion of Amami’s image as a face of the revolution, «a thinker, who acts with a great deal of finesse intelligence and irony» has only proliferated since police acted on what would seem a deliberate attempt to silence him, has turned this case into a true and tangible test for the country’s democratic transition…it would seem that the integrity of state justice rested upon the resulting public image of Amami and Mlouka—either as two more victims of a police state, or the two exceptions to a long list of similar cases, rendered icons of progress towards a state of law upheld by an independent judiciary.

* See the joint statement (displayed at 5:04) in Nawaat’s video of the press conference Wednesday, May 21