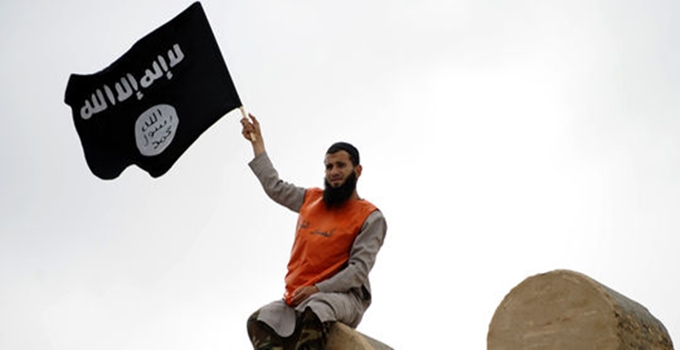 Since the uprisings Tunisia had been going through a “renegotiation” of what it should politically look like. Such processes are today addressed to the implementation of gender complementary in light of Art. 46 of the 2014 Constitution. A broken tabu the one of gender issue which in spite of the diatribes today has found a grade of freedom of speech within society. Furthermore, the fact that do exist a place for dissent on gender matters -which caused the eruption of many debates among the” union for the protection of men” vs. le movement Feministe Tunisien in its historical and leader activist consciousness- is compulsory of the inclusive nature and shape of new Tunisia, especially if compared to the case of Egypt , miles away from democracy and the consolidation of a civil society.

However, politically even though the management of domestic affairs in terms of strikes and abolishment of state expenditures has produced a slight financial improvements in rural areas ( an effect due also to the transnational policies ) the fulcrum of the debate between Secularism and extremism has shifted from the political narrative to urban spaces or better to slums, and it is with regard to this that the political parties next to civil actors and UGTT are called to take an incisive decision.

The mobilizing of society through strikes and the historical UGTT social struggles for workplaces and health services is compulsory to the need of progress required in regulating rights, but what about the condition of slums in the aftermath of the 2012 ? The 2014 Constitutional text, by contrast to what stated in the Egyptian one, does not limit or regulate the Salafist-jihadi inclusion in politics or society. Therefore, even though Tunisian state security is much more closer in terms of concreteness the lack of reforms in slums today can provide the jihadi branches to benefit from before the 2014 expected elections in order to foster dissent . This latter issue rather than being politically contrasted –as it is happening – should rather be economically seriously reconsidered in terms of development policies and decision making inclusive strategies , as the radicalization ( as occurred in Egypt during the 80’s and the 90’s in Boulaq ) today lies in the approaches to mobilize angered masses, social efforts by religious ethos let the Salafism or whatever form of religious approach to society to represent itself as the alternative to the State by principles of dawaa and hisba both far from Yusuf Al- Qaradawi’s post modern and more liberal doctrinal re-readings, but so close to the risk of the re-Islamizing of society, by reminding of Cairo experience -the motherland of corruption between State and State promoted Islam.

The Salafist escalation in Tunisia is exclusively symptomatic of the economic stagnancy and crisis between graduates. I was reading time ago Campanini’s book – a respected Italian Orientalist who approached to the reinterpretation of Political Islam from a social and political perspective after the 2011- in his statement if globalization is a net the region has economically swallowed in by principle of economic dependency generated by IMF’s default. I would not accuse the IMF or the World Bank itself, more likely the dynamics and plan of providing development policies in developing Countries, subordinated to the logic of corruption and interests before a mutual cooperation. The crisis of Tunisia in social terms is based on youth who were instrumental in the demise of the Ben Ali’s dictatorship, who have not been integrated, till today, into political parties or taken an active role in politics. There are hard struggles to find a formal political role and develop a political culture different from corrupt and self-serving models which responds to their future aspirations and vision for Tunisia.

For many young people today Jihadi Salafism offers an identity, a subculture, an inspirational opportunity to fight for something bigger than themselves, as governments are not producing any guarantees.

From this intricate background Ansar Al-Sharia keeps benefiting from its Libyan branch which with its call for charities campaign in the Libyan ethnic ongoing identity clashes is symptomatic – from one side- of the risk of fueling anger against the secularist counterparts represented by Ettakatol or Nida Tunis incapable of matching social demand for changes by disenfranchised youth, after four years since Bouazizi’s syndrome spread out as exacerbation of public debt, stagnancy, privatization, corruption, geographical-economic disparities. None of these unequal economic approach to politics has registered serious reforms in spite of the conspicuous budget addressed to by Western governments.

This is what is taking place today in Libya and about which no NGOs or stakeholder is rethinking local policies before state building and mainly peacekeeping actions. The depiction of moderate Islamists is very strong and dangerously addressed to the western audience today even more culturally socially and politically no educated to what Political Islam, at least doctrinally, could mean even though Ghannouchi’s ability, in some sense, is trying to reinterpret it in a very British-French ideological and social lesson of liberalism, so that for some aspects at a certain stage scholars wondered if Tunisia could have represented a model for Egypt. I do not guess so, for a matter of rule of law, symbolism of the Constitutional principles and state power abuse.

However, I see something ironic and rhetorical in the new US-Tunisia governmental approach to salafism-jihadism – to distinguish it from the ideology spread by salafyia ‘almyia. The shutting down of Islamist parties and NGOs in Egypt and the brutality of the repression, or the cracking down of terrorist groups in Tunisia is not limiting what is today defined a “cyber- terrorism” and “networking jihadi platforms”. Some people could assert that the power of those underground forms of networking mobilization is, in some sense, limiting the effectiveness of strategic counter-terrorism in the region. Nonetheless, by rethinking the US policies in the region and the moment of “peace” which Israel is magically experiencing in its phobia for securitization, I would rather say that the conspiracy theory concerning the Arab uprisings (driven by US from its Israeli office- as Gilbert Achcar reported in his most brilliant radical analysis of the uprising “The People Want”) finds a confirm in light of 1) the so slight economic reforms achieved 2) the completely schizophrenic way of processing counter-terrorism in spite of the many provisions and recommendations spread by International Crisis Group and aimed at implement new pluralist policies 3) the friendship and dialogue standing between US and Muslim Brotherhood which has recently been listed as “terroristic organization” not strangely next to Hamas in Palestine 4) the complete freedom addressed to jihadists on networking systems. What is the point of banning a group by keeping contacts with the creature that US itself created in the late 70’s beginning of 80’s pretending of calling for a de radicalization manoeuvres?

Furthermore, targeting Ansar Al-Sharia in late 2013 has today provided them with the privilege of clandestine status. This clandestine nature will in the next months and stages of the political transition create ambiguities, as whether attacks or bombings will take place the group is fully legitimated to deny any responsibilities. In addition, the strikes in the Capital next to the stable stagnancy or slight financial improvements are compulsory of the Salafist-jihadi manipulation of masses in slums.

Moreover, as it was not enough, the cracking down does not clash with the Constitutional principle of pluralist inclusivism, which means that the al Qaeda cell can legally operates through its divisions based on four senior leaderships.

Having stated that, at least from a tactical- doctrinal perspective, many critics should be seriously moved to the US and EU policies in the region and their pragmatic and discrepant way of approaching regional counter- terrorism ,far from what stated by ICG .

None of the a fore mentioned strategy of de-radicalization has been implemented in the aftermath of the uprising. When the Salafist-jihadi branches stood up in October 2013 for the dawaa campaign benefitting from the untruthfulness in political parties as actors of the transition, no local stakeholders has provided – and still is providing- a plan of public debt reduction and if strikes will last for the next months, Islamists will be more legitimated in processing the mobilization of masses.

Ennahda’s relationship with Salafist groups has been and it is problematic and confused but it not excluded from responsibilities in not struggling enough for a stabilization of the Country.

Etthadamen , as governatorate of Tunis made up of two suburban areas , witnessed in 1996 presumed international projects for development addressed to the implementation of social participation of 100 women and 100 youth. The micro credit project was supposed to last 4 years and the outcomes should have been based on the tangible establishing of micro credit and income access or activities promoting the role of women in working places. Indeed, Etthadamen is today only one of the many slums from which in October 2013 Ansar Al- Sharia set up its dawaa campaign through micro social projects providing access to credit and economic resources by effectively managing in the promotion, far from apparently corrupted ethos. Next to the economic and financial activities carried out in Tunisia the branch extended charities campaigns in Benghazi by fully meeting the support of local peoples disenfranchised from State discourse. If from one side it would sound “socially inclined”. Indeed Ansar activity is addressed to dismantle the spectrum of stability addressed to the 2014 Constitution text is not actually shaking the financial stagnancy of the Country which economic improvement miserably shifted from 3.8% to 4%. The unemployment rate today, in spite of the many open gates is 30%, too high for fueling trust in new governments or in the new “civil society in its Constitutional proud”. Even though some changes are actually occurred from a social perspective in terms of Constitutional gender equality and Constitutional voice assured to trade unions, where the role of UGTT has been crucial and still it is, as also here stated by industrial ALL General Secretary Jyrki Raina:

The role of UGTT and member unions, including yourselves, has not only been of crucial importance in achieving this constitution you have been a shining example of how the trade union movement can push for democracy and help change society.Jyrki Raina

The breaking point which the Tunisian government is urgently called today to work on engulfs the processing of political economic reforms addressed to rethink the role of moderate Islamists by controlling trafficking, smugglings and cross border linkages.

Furthermore, in the remapping of Al Qaeda’s structure, the cracking down of Ansar is useless to the destabilization of jihadism or salafism in the Maghreb if the decision will not be followed in the next months by actions addressed to the monitoring of the Algerian borders from which the organization economically depends in terms of arms trafficking and narcotics.

As much of the literature on violence in Tunisia emphasizes the socio-economic dimensions of conflict, addressing such problems has been a central component of many of the practical recommendations. The international crisis group (ICG 2013) for example, contends that prior to embarking on a security-based response to the transition, the Tunisia government and international actors should aim to provide and wide-ranging social, educational, and employment support services to the population. One of the possible de-radicalization strategies supported is based on the following model proposed by GSDRC in January 2014 and contrasting the standardized types of de-radicalization afore mentioned.

To sum, in this vortex of interests and ideological clashes, the recommendation is mainly addressed to the government –as democratically pointed out by the Crisis Group and Hinds in “Conflict Analysis in Tunisia”- which is today called to cooperate, following the Machiavelli’s political model, with the achieved Tunisian civil society before the elections and encourage initiatives between less violent Islamic, Islamist and secular organizations to address social and economic problems resolution or improvement before the democratic election without forgetting the successes Constitutionally achieved.