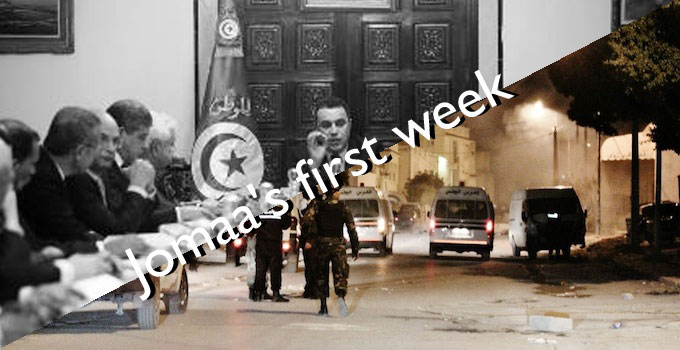 A New Head of Goverment

Since Medhi Jomâa’s beginning as prime minister last month, the media have changed their tune in reports on Tunisian politics. National and international news agencies alike are full of praise for and optimism about Tunisia’s promising democratic transition. Tunisians themselves, however, are not so quick to bask in the glow of their new constitution and prime minister. A recent video project “Word on the Street: Tunisians and Mehdi Jomâa,” reflects a wait-and-see hesitancy that permeates the streets of Tunis, as many citizens hold their breath for tangible, measurable outcomes of Jomâa’s work in office —an increase in value of national currency and reduction of the unemployment rate, for instance. Indeed, his CV is impressive, but the proof of Jomâa’s competence as head of government will be measured by his actions and ability to effect perceivable change. 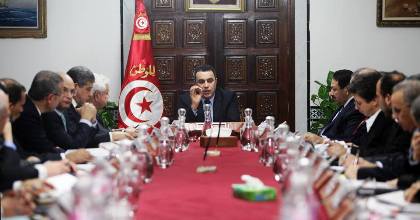 Until the coming elections, the National Constituent Assembly (ANC) shall remain in place and, with the constitution in effect and Mehdi Jomâa in office, this interim government can proceed with the third phase of Tunisia’s democratic transition. Several priorities moving forward include:

The watchdog organization Independent Superior Court for Elections (ISIE) will preside over election security “to ensure elections that are democratic, pluralistic, honest, and transparent.”

As reported on La Presse Tunisie this past week, constitutionalist Amin Mahfoudh has expressed concern over proposals for the electoral code, which he fears caters more to political party interests than those of the citizenry. Mahfoudh explains that the current proposal for proportional representation (la représentation proportionnelle à scrutin de liste) to elect an assembly of which the number of seats is proportional to the number of votes, will encourage opportunism that will ultimately result in an overall poor quality constituent and in turn poor quality laws. Mahfoudh proposed instead a First-Past-the-Post (le scrutin uninominal) system which would ensure that parties identify qualified candidates and that elected individuals would have a direct connection to their voter base and thus incentive to be accountable to that base.
Mahfoudh also supports concomitant elections in which parliamentary and presidential elections would take place at the same time in order to ensure that voters participate in both election processes.

As political actors and civil society members discuss plans for the future, politicians, technocrats, public figures, and ordinary citizens voice their hopes, visions, and recommendations for the country’s leaders and political processes. Radhi Meddeb, founder and president of the movement Action et Développement Solidaire (ADS) and COMETE engineering and development, has elaborated his own vision. In a report from La Presse de Tunisie, Meddeb cites four guiding principles for Tunisia’s effective transition:

– Modernity, moving away from outdated institutional practices and trends such as illiteracy that limit social development,

– Openness to pluralism and international relations which have played a large role in shaping Tunisia’s history and identity,

– Performance, dedicating work efforts to moving away from dependency and towards self-sufficiency,

Meddeb describes the past fifty-five years in politics and economy under a top-down model dictated by a planning bureau that makes decisions for the citizenry. He advocates for a cultural revolution that embodies the spirit of “…what Americans call empowerment.” Among Meddeb’s specific recommendations Jomâa are the formation of an independent entity for information and statistics accessible to the public, a new economic sector which he calls the social and solidarity economy, and the creation of a governmental council on economy, society, and environment analogous to existing bodies in France and Morocco.

The death of the secular opposition leader Chokri Belaid on January 6, 2013 was the first of two political assassinations since the beginning of the revolution. Marzouki has called such political violence a threat to the democratic transition and declared yesterday, the one-year anniversary of Belaid’s death, the first National Day of Fight Against Political Violence. Tunisians gathered in front of Belaid’s home to commemerate the man who is now considered a national martyr. The gathering took place just two days after suspected assassin Kamel Gadhgadhi was killed in what is known as the Raoued-Plage Affair. While some sources claim that justice has been served, by most accounts the assassination of Belaid remains elusive and the question remains as to who orchestrated the crime.

The Raoued-Plage affaire was the first of two anti-terrorist operations this past week, the second culminating yesterday with the arrest of Ahmed el-Melki in Borj Louzir in the north of the capital. Known as “The Somalian,” el-Melki is the suspected assassin of Mohamed Brahmi who was killed months after the assassination of Belaid, on July 25, 2013. Mohamed Ali Aroui, spokesman for the minister of the Interior Lofti Ben Jeddou, referred to this last operation as 100% successful.