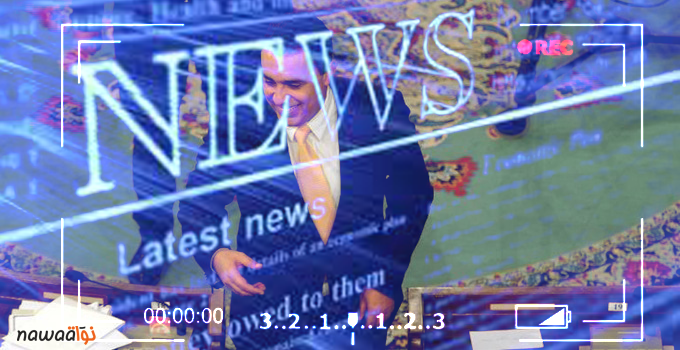 There is a clear distinction in depth and breadth of information amongst online anglophone news reports on the Tunisian Spring. Perusing a handful of articles from the past two weeks, Anglophone readers will find that CNN and Fox News present snapshot summaries of political events, much like their accompanying photographs of Moncef Marzouki and Mehdi Jomaa standing together after the signing-in of the new constitution. In contrast, The New York Times and The Huffington Post provide readers with something akin to short narratives, highlighted political events fleshed out in multidimensional analyses of history, society, and economy. The Huffington Post offers an impressive smattering of up-to-date articles including pieces written by David Tolbert of the International Center for Transitional Justice and the Ennahda party president Rached Ghannouchi.

The content that can be found across the spectrum of major online English-language news sources (though much more noticeably throughout the information-light reports of CNN, Fox News, and The Washington Post), generally constitutes praise and optimism for Tunisia’s democratic transition since the new constitution was signed into effect on January 6. Several key terms (in italics below), concepts, and assumptions are common among at least four major English-language news sources (including the three listed above plus Al Jazeera America and The Guardian):

– Tunisia’s new constitution as the most progressive, liberal charter in the Arab world, specifically with respect to freedom of religion and women’s rights
– Tunisia as a diamond-in-the-rough, a rare bright spot in North Africa, where Egypt and Libya’s relatively chaotic and violent transitions have prompted remarks such as Ban Ki-moon’s statement as reported on The Guardian, “Tunisia can be a model to other peoples who are seeking reforms.”
– Emphasis on a lengthy but thorough two-year constitution drafting process which included much debate between Islamist conservatives and secularists, but which ultimately resulted in consensus
– Frequent allusions to political turmoil (Islamist versus secular parties) and economic crisis (soaring unemployment rates, proposed tax increases, inflation)
– Apprehension and ambivalence about Ennahda’s role in government

Among English-language news sources, Al Jazeera English (and notably not its U.S.-based counterpart Al Jazeera America) offers the greatest breadth of multi-media information. The Qatar-based agency also paints a more colorful picture of Tunisia’s transition, albeit with darker hues than do the cited U.S. and U.K.-based news agencies. Whereas CNN and The Guardian recap the signing in of a new “landmark” constitution, Al Jazeera’s gaze is less on the culmination of the drafting process and more on the birds-eye-view perspective that encompasses the country’s economic-political-social landscape. Its focus has been the backdrop to the political scene, a showcasing of collective frustration and anger prodded by the lapse of time and lack of change since 2011. Al Jazeera English articles tend to evoke the tension that that emanates particularly from Tunisia’s interior regions, “the hotbed of unrest,” and describe the country’s democratic transition as “at times promising, often stalled, at several points near collapse” and generally “plagued by delays and fallout.” 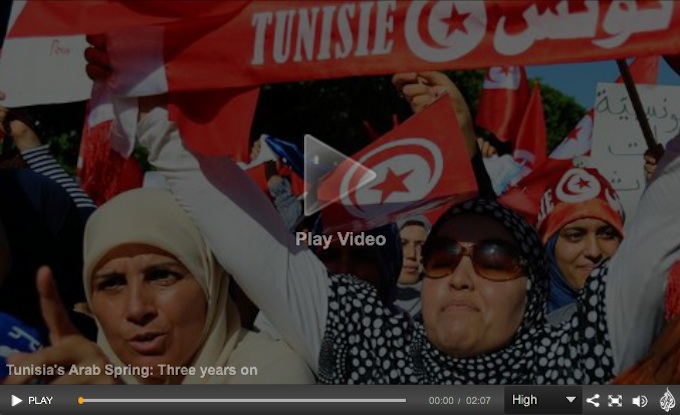 So what have Anglophones around the world learned in the past week about politics in Tunisia? Unsurprisingly, the Western world’s English readership will find a fairly comprehensive glimpse into the country’s politics only through skimming a variety of mainstream sources. What American and UK audiences are likely to glean from the gamut of online information available through CNN, Fox News, The Washington Post, The Huffington Post, The New York Times, Al Jazeera America and Al Jazeera English are the singularity and promise associated with Tunisia’s freshly instated constitution and the contrasting social and economic tensions that initially provoked its drafting.