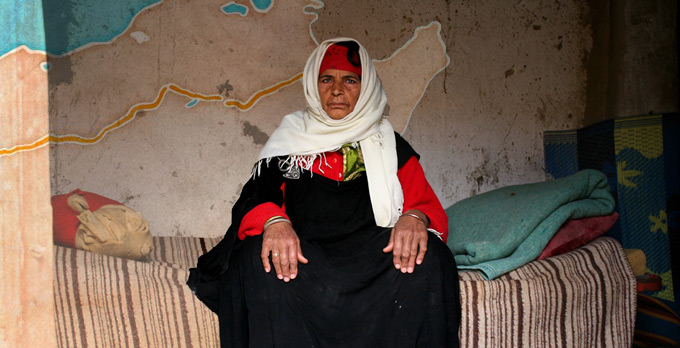 In November 2012, Tunisia signed a loan with the World Bank for a total value of five hundred million dollars. This was on top of other loans received in November from various lenders that totaled seven hundred million dollars. Following an interview with Reuters last month, Riadh Bettaieb, the Tunisian minister of investment, he affirmed that the loans from the World Bank and the African Development Bank had fully covered the state budget. He also declared that the government will seek another precautionary loan worth nearly two billion dollars from the International Monetary Fund (IMF), over concerns of the 2014 budget. It is important to note that since 2012 until the present day, the country has accumulated about ten million dollars in debt. In this vicious cycle where a debt is used to pay another debt, it is important to ask the following questions:

In order to secure the loan payment, the IMF suggests their classical set of “structural reforms,” which certain experts call “painful reforms” due to their negative impact on the economy and the standard of living in Tunisia. It is important to note that certain “reforms” that I will discuss further were discussed with Amine Mati, the head of the IMF mission in Tunisia during an interview that I conducted with him in Washington DC on 27 February 2013. During the interview, our discussion evolved into a debate over the potential consequences of the structural reforms.

There is a need for a gradual reduction of subsidies that constitute five percent of the gross domestic product (GDP). This will result in an increase of fuel prices and consequently, transportation costs. This will ultimately lead to a general increase of market prices. The reduction of subsidies on staple goods (food, medicine, etc.) cannot be excluded in the long term. Additionally, creating taxes for export companies and decreasing taxes for non-export companies will drive foreign capital out of the country. Some companies are already planning to leave due to political instability and the exhaustive red tape since the revolution. These measures will weigh down exporting companies who have already been struggling since the revolution and the economic crisis in Europe. Because of a potential increase in the taxes on the value added tax (VAT), this could result in an increase in the market prices and eventually undermine Tunisians’ standard of living, since salaries will not see the same increase, especially given that the inflation rate is already about nine percent.

Moreover, the privatization of public institutions would make way for a massive privatization process, impacting health care services, education, and transportation, which should remain easily accessible to the population. Once again, the privatization of these industries will not enhance national development but rather, pay the debt. Another potential consequence is the impact from free-trade agreements. Without customs duties our local enterprises will not survive the market invasion of foreign products. This would make certain local enterprises lose their shares in the market and consequently close, potentially driving the unemployment rate even higher, which is currently inching towards seventeen percent. Finally, banking reforms have the potential of strangling the middle class. One of the IMF’s recommendations to the Tunisian Central Bank is to increase the interest rate as well as overdraft fees on personal banking accounts, which will further strain the middle class. At a macroeconomic level, this will lower consumption and investment, factors that are considered the “pillars” of economic growth in the country.

According to a calendar the IMF proposes, these reforms will go into effect this year; other aspects of these reforms will be on hold, waiting for the green light from IMF. The consequences will only sharpen due to Tunisia’s incapacity to pay back the loan. It is, in fact, ironic to see IMF advocate transparency while Mati refuses to let us preview the “precautionary” agreement, because, as he argued, the document is not yet signed. Despite the fact that we, as Tunisian citizens, will bare the brunt of these reforms, we will not know the conditions of this loan that will come out of our own pockets until the contract is signed. This scenario is parallel to that of a person signing a contract for a loan before even knowing the conditions for paying back.

Regarding the level of the debt, neither Amine Mati, who is the person in direct charge of the loan file for Tunisia, nor the governor of the central bank or the minister of finance can agree on the Tunisian debt level, which is believed to be between forty-five and fifty percent of the GDP (a rate that only includes long-term external debt. The real debt level is about 136 percent of GDP). It is also imperative to point out that the accumulated debt could lead to an exogenous shock, due, for example, to the growing crisis in Europe. Debt rates have the potential of becoming both dangerous and uncontrollable. Tunisia will eventually be unable to repay the debt and forced to accentuate the suggested “reforms” to collect more money from taxpayers, sacrificing public enterprises to honor the debt in the process.

Absurdity reigns when the more we enslave ourselves to debt, the more our creditors will have the legitimacy to control and dictate our country’s policy. Generic IMF reforms have proved to be not only unsuitable but also inefficient in the cases of countries like Argentina, Ghana, and many other cases. The IMF’s recommendations or rather “over doses of capitalism,” do not take into consideration the risks of damaging societies to forcibly establish harsh reforms.

Are There Other Funding Options for the Government?

Taking a loan might sound like the simple move. Yet engaging in serious, effective, long term reforms for development necessitates serious engagement, strong will, and competence. It is worth noting that during the economic and financial crisis that hit Southeast Asia, Malaysia was the only country that refused the IMF loan, and it was able to rapidly surpass the crisis. China, on the other hand has avoided a recession by doing the exact opposite of what the IMF recommended.

There is a set of solutions that could help prevent serious consequences that would impact the national economy and instead, help maintain a decent standard of living for Tunisians. Heavy taxation and reduction of subsidies will probably reduce the deficit, but will eventually impoverish the Tunisian people, and predestine younger generations to a future of debt payment. It is wiser to put in place measures of good governance to reduce the deficit, rather than borrow from the outside—something that would eventually take away the money of the people to pay the debt. The following is not an exhaustive list of options, but rather a set of proposals that the government should discuss with civil society:

Mati agreed that with most the aforementioned proposals, but then when asked about whether he had proposed these points to the government since he is aware of their importance, he replied by saying, “It is your job to do it.” Such a reply does not come as a surprise because the IMF is a US-based bank and not, as it wants people to believe, a charity institution created to help countries rise out of poverty.

It is worth mentioning that the debt added to the painful conditions where the government has already made long-term commitments is the responsibility of the National Constituent Assembly (NCA) alone to decide after the government submits its proposal. Unfortunately, the procedures for the loan are moving fast and ministers, who have already resigned, have signed the agreement.

Additionally, in the IMF press release, it was announced that the IMF had met with political parties, representatives of civil society, and members of the NCA, something that the elected members of the NCA have denied. During the interview, Mati finally claimed that he had called on the finance committee only to inform, rather than consult with them, over the matter. He also claimed to have met with the Tunisian General Labor Union (UGTT) and Hama al-Hamami’s Workers’ Communist Party. But when asked for specific names of people he met, he struggled to answer. A few minutes later, he admitted he had not met Hama Hamami’s party, which raises more doubt regarding the list of stakeholders the IMF announced it had met.

When reminding Mati that our government is merely an interim government and that a decision of such weight with possible serious consequences must return to the National Constitutional Assembly, Mati replied that he deals with the government since the latter is composed of elected representatives. The loan remains unsigned and the IMF representative said that negotiations are at an advanced stage, detailing that the IMF will approve the loan during the month of March 2013. All that is holding back the announcement is the establishment of a new Tunisian government.

[This article was originally published in French on Nawaat and translated to English by Raouia Briki for Jadaliyya.]