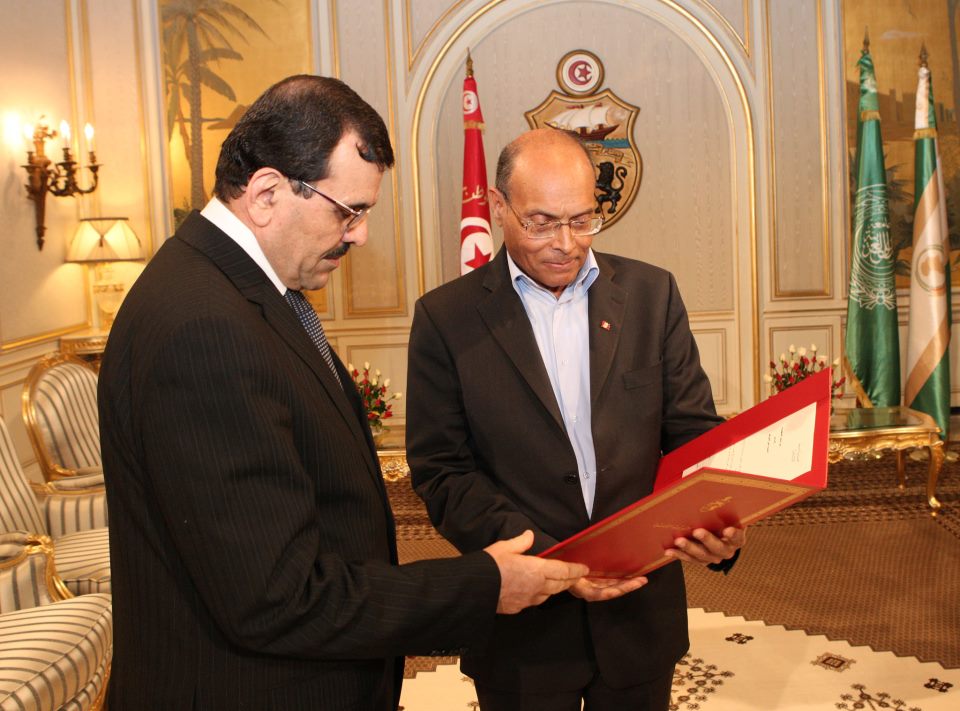 Ali Laarayedh to the Rescue

Less than a week after the resignation of Prime Minister Hamadi Jebali, Ennahda chose Ali Laarayedh to form a new mixed government of technocrats and politicians as the country deals with a major political crisis—the most crucial since the fall of the previous regime. A secret meeting of the Ennahda “Shura (Consultative) Council” convened on Thursday night to internally elect a new prime minister replacing Mr. Jebali who stepped down early last week after he failed to form an apolitical cabinet. There was even a slip by one of the government ministers that Ennnahda’s Consultative Council was the highest institution of the Tunisian state! Dark smoke but no Sistine Chapel, and so it was decreed, Mr. Laarayedh was the proposed name. There was even the kiss of religious allegiance on the forehead Mr. Rached Ghannouchi, the key dealer and wheeler of the new Tunisia by exiting PM Jebali. Only a week before the Tunisian ‘president’—as many like to call him—promised to put together an apolitical cabinet to save the country on the very day of the assassination of liberal politician Chokri Belaid. Mr. Laarayedh, currently the Interior Minister, will have to form the new government within two weeks. Leaks from the ruling party, and the rumor mill speak of an almost unchanged new cabinet and a continued monopoly by Tunisia’s Ennahda party over the key ministerial portfolios, especially the coveted interior and foreign affairs ministries. Mr. Laarayedh pledged an “inclusive cabinet for all Tunisians”.

The Tunisian street is angry over lack of security and the rise of violence as the nation’s top policeman takes over in a very sensitive political phase marred by suspicion and mistrust. The Tunisian opposition took to the streets this past Saturday and accused Interior Minister Laarayedh of complacency in the murder of Chokri Belaid and laxity in the investigation. Both Mr. Laarayedh, and the party boss Mr. Rached Ghannouchi rejected the accusations and are on record for having vigorously condemned the murder. The appointment of Mr. Laarayedh to the post of Prime Minister sparked further controversy and was perceived once more as a move to further tighten the Islamists’ grip on power rather than a genuine step towards commitment to pluralism and democracy.

Public demonstrations are a daily feature of life in post-Ben Ali Tunisia. However, the cries of government foes have lately focused on “the people want the fall of the regime anew”—with more vigor and zeal. Students, politicians, unemployed, and civil society organizations marched this past weekend—without official support from opposition politicians—without pro-government militia violence, and to the surprise of all, with a much civil police, to the tune of “the people want revolution once more” and, in reference to the leader of the ruling party, “Ghannouchi you’re a butcher”. Three thousand of them marched in the symbolic Habib Bourguiba Avenue to pressure the government to speed up the investigation into the killing of Chokri Belaid, to say “No” to hate speech, and to denounce the rising violence and attacks against artists, journalists and secular figures. There were the occasional “a good Islamist is an Islamist in prison” and even a picture celebrating the days of the former dictator.

No leads in the killing of Chokri Belaid

Leftist opposition leader Chokri Belaid was shot dead outside his house on February 6. This was Tunisia’s first political assassination since the toppling of the former dictator Ben Ali. The country was plunged in a new cycle of turmoil, and a lot of fear and anger. Almost three weeks later the identity of the perpetrator remains unknown, and Tunisians still demand to know the truth. On Thursday, Mr. Laarayedh, still an Interior Minister then, announced several arrests in the death without providing further details. “Selective” and “biased” is how the crowd of 3,000 marchers qualified the investigation, which included members of the family of Mr. Belaid. The Islamist government simply will not investigate its own or reveal in case the killers end up being disciples was the argument of the protesters. Disillusionment at government institutions runs deep in Tunisia, especially when it comes to the Interior and Justice ministries.

A “Black Bloc” emerged during the protest. However, there were no incidents of violence or clash with police forces. Many pro-government Facebook pages launched a campaign against the Saturday protesters and accused them of being opposition militias at the service of a foreign agenda, and of being a front for remnants of the old regime, of being a rich crowd who lost privileges in the new system.

Ennahda sacrificed a golden opportunity at consensus building and “saving the country” through national reconciliation with PM Jebali’s proposal. The power grab seems to be their main concern as they cling to their inviolable “legitimacy.”

As politicians squabble for control of power, and over a perverse amalgam of religion and politics, Tunisians woke up two days ago on the horrific story of Rahma. She was another underage teenage girl who fell victim to fundamentalist online recruiter for the “holy cause” in Syria, or to become a sex slave of yet another online predator who wears the mantle of religion. A widely circulating video appeal by her mother and uncle is yet another reminder of the many failures of a very self-righteous government in a religious trance.