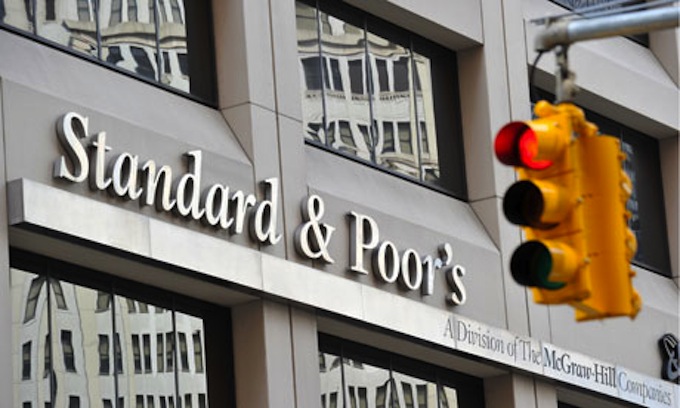 Standard and Poor’s (S&P) downgraded the Sovereign credit rating of Tunisia last May to BB/B’ from ‘BBB-/A-3. As a result of the last sovereign downgrade, S&P reviewed then the Tunisian banking grade last October to 8 on a scale of 1 to 10 (with the lowest-risk banking as 1 and the highest-risk grade as 10). Then the agency lowered the long- and short-term local currency ratings to ‘BB/B’ from ‘BBB/A-3. Finally, on the 19 February 2013, a new cut came along bringing the sovereign grade to BB-.

To assess the relevance of S&P grading, it is critical to understand the limitations of their methodology. In fact, S&P sovereign rating approach consists of analyzing in a forward-looking manner a range of qualitative and quantitative factors to assess the political, economic, external, fiscal and monetary aspects of sovereign creditworthiness.

To better understand this rating methodology, we interviewed Olga Kalinina, Global Criteria Officer, Sovereigns and International Public Finance at Standard & Poor’s in New York. Kalinina explained that the agency uses two types of data to come up with the rating: Quantitative data presented by the Central Bank and other institutional sources and the qualitative data collected through meetings conducted during a couple of days with various groups such as NGO’s, chambers of commerce, political parties or independents.

On this basis, it is important to question how the qualitative panel is selected, how they choose the people they speak to, and whether or not 3 days are enough to assess a country risk. Unfortunately, S&P does not offer a clear methodology for qualitative data collection and analysis, which can obviously make their qualitative assessment of risk, very subjective and thus their rating results fairly relevant.

Kalinina claimed that the S&P downgrade of sovereign rates in Tunisia reflects a lack of faith in the ability of the current Tunisian government to service its commercial debt on time and in full. However, Dr. Mustapha Kamel Nabli, former governor of the Tunisian Central Bank, avoided criticizing the governing coalition and omitted any mention of the government’s performance when questioned by the media about the reasons for the downgrade in May.

Furthermore, the press release of S&P on February 19th reveals that the latest downgrade came after the assassination of opposition leader, Chokri Belaid, which enabled S&P to expect a deterioration in the political situation in Tunisia and would increase according to them the country risk. Samira Mensah, primary credit analyst, is responsible for grading Tunisia and making these predictions at S&P London. Any observer should ask whether she has enough expertise in political analysis to make such far-reaching judgments? It is true that Chokri Belaid was killed, but the consequences were expected to be far more disastrous than they were and as the Tunisian President Marzouki pointed out, “we absorbed the shock”.

S&P is known to be a severe rating agency compared to Fitch and Moody’s. An investigation into S&P rating criteria appears, at first glance, a comprehensive methodology. However, Prof. Manfred Gätner and Bijörn Griesbach of the University of St.Gallen strongly criticize S&P’s methodology in their research conducted on the basis of quantitative evidence. They argue using quantitative evidence derived through an algorithm, that ratings from these agencies are subjective opinions. The results of their empirical research demonstrate that rating agencies are manipulating the market. It is then important to question what forces are influencing this market manipulation. Given that, international banking institutions benefit from increased interest rates, it is important to examine whether there might be manipulation designed to gain through the increased interest rate that is driven by the downgrade.

Moritz Kraemer, an S&P analyst claims that if a sovereign rating is lowered, this is due to the fact that the agency believes that the sovereign’s debt risk has risen. However it should be noted that in June 2012, the United States supported Tunisia by signing a 100% guarantee of repayment on principals and interest on any financial options that Tunisia would need which is considered as a guarantee for investors and lenders. The uncommon situation of the U.S. backing Tunisia’s debts is unfortunately not taken into consideration in S&P’s risk assessment methodology, even though the U.S. guarantee is purported to decrease the even indirectly debt risk. Questioned on this point, S&P sovereign analyst Patrick Raleigh wrote in an email exchange to me that the U.S. guarantee of Tunisia’s loans isn’t relevant to the S&P rating:

Concerning the US guarantee that does not have a direct impact on our sovereign credit rating of BB-. As I understand it, the US guarantee refers to a specific bond issue, and is not a carte-blanche guarantee for all future debts incurred by the Tunisian government, whose credit rating is consequently unaffected. However, the specific bond issue that the US has guaranteed is likely to be viewed by investors as presenting a lower credit risk than a non- guaranteed debt issue by the Tunisian government.

Regarding the Banking Industry Country Risk Assessment rating and its link to the sovereign rate, it is also important to give the example of the US which is graded AAA and keeps getting the lowest interest rate in the world. Indeed, history has shown several times that it has a very delicate and risky banking system simply because it suffers from a lack of regulation and the chronic hysteria of the free market. However, in Tunisia, the banking system is known for its stability due to the strong regulation of the central bank.

Having said that, we do not suggest that the grade that S&P allocated to Tunisia is biased, however, our main concern in this paper is to bring to the table major limitations and criticism related to S&P rating methodology.