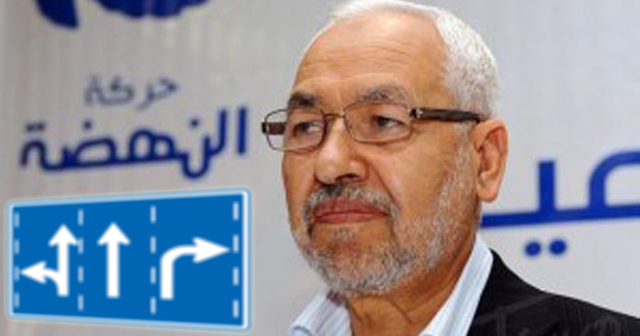 The article was originally written in Arabic and translated into English by Lotfi Hermi.

Malek Triki, Tunisian journalist for Al Quds Al Arabi, focuses in this weekly OpEd contribution on the murder of Chokri Belaid and its significance for the future of Tunisia.

Except for successfully organizing the first free elections in the country’s history, the political elite of Tunisia have not achieved anything in the last two years. These free elections were cause for pride and optimism, but these quickly waned away as the orphan spring shower with no aftermath blessings for a savage political atmosphere. It turned into a nightmare—one of the many in the new Tunisia which turned out to be a curse rather than a blessing. What was special about these elections is that they gave a marginal majority of the vote (and not the total majority) to a party whose supporters and youth believe that a “voting legitimacy” or “mandate” is the absolute truth, the key to every door, and the balsam for every illness. In their belief system, those who achieved the majority of the vote are worthy of the ultimate truth, and ultimate truth is them. This makes them infallible, at least as long as this electoral mandate is still active. Shar’yyah [mandate or legitimacy], they say, is the cornerstone upon which the universe was set in motion. Legitimacy is Sidrat al-Muntahah, the tree of light of paradise which shines upon the universe from the seventh heaven. This electoral mandate is “Truth Exalted.” No one can question it. Thus the people have spoken. And since the people said their ultimate word, there is no reason to question. Listen then heathens, enemies of the Ennahda ruling party, those who loath its just rule: Desist! Do not throw yourselves on the thorns of legitimacy, or come between the nail of legitimacy and flesh of its legal mandate. Scram! Leave! Find a place to shed the tears of your sordid loser fate. “O, secular infidels, ‘zero percenters’, those who are passing between fleeting words, and fleeting elections, take your names and your martyrs and be gone from our legitimacy.” (*)

This is exactly the logic and religious dogma with which supporters of the ruling Ennahda party approach every criticism or call for the current government to disband over failures. For this, they created tens of hate facebook accounts which incite to murder in broad daylight. One has to add to this conundrum the masses of extremists (not partisans of the Ennahda party) who roam the land and practice the now familiar violence against innocent citizens, intellectuals, artists, journalists, burn Holy Qur’ans (!), and torch mausoleums of Muslim saints. These elements prove the existence of a natural and plausible alliance between militants of the ruling Ennahda party and extremists in the ranks of those erroneously called “Salafists” (traditionalists), an alliance between the hardliners of Ennahda, and thugs of the modern Kharajite sect (ex-communicators’). This alliance has one enemy: Tunisian civil society which believes in freedom and shuns ideology.

This hostility (strikingly rooted in the deep darkness of immoral tribal instinct) is geared against a free Tunisian society and is leading it to the brink of a never-seen-before faultline: The abyss of political assassinations.

For “awaiting a conclusive investigation into the murder” does not mean the cancellation of an obvious truth: The murder of Leftist activist Chokri Belaid cannot come from the opposition parties to the current rulers, or opponents of the ideology called ‘Political Islam’, or even enemies of the dogma of puritan ignorant Kharajites. Most likely than not, in the context of hate and resentment so rampant in the country, the killers must have been from the camp of the [revolutionary] protectors of the current “electoral mandate”, their extremists, and hardliner associates (several parties, including the president, and the leader of the Republican Party had warned the martyr that his life was in danger). These extremists are the most likely culprits in the murder of this free Muslim citizen whose two young daughters were orphaned mercilessly. It is not farfetched to argue that whoever committed the murder most likely than not went away hoping the horrendous crime will be counted in his list of good deeds on the side of God.

That is the tragedy of Tunisia today. A malignant beast came out of the womb of this pure good mother and is now devouring her children. Unless she repents and accepts as fait accompli this eternal “legitimacy” of the new rulers, she is doomed to be ‘miserable and desperate’ (**). Indeed, this “legitimacy” is a fleeting mandate in a fleeting absolute darkness.

Translated into English by Lotfi Hermi.
___

O those who pass between fleeting words
Carry your names, and be gone
Rid our time of your hours, and be gone
Steal what you will from the blueness of the sea and the sand of memory
Take what pictures you will, so that you understand
That which you never will:
How a stone from our land builds the ceiling of our sky.

(**) The line “miserable and desperate” is a direct quote from the “Soumaya’s Euphoria Moment”, a posting by Soumaya Ghannoushi, daughter of Ennahda leader Rached Ghannoushi and wife of current Foreign Minister Rafik Abdessalem, himself in the thick of the “Sheratongate Affair”. On October 23, 2012, she posted on her personal facebook page a euphoric message which created much uproar and heated debate on the Tunisian blogosphere. She wrote: “May every election cycle be a chance for you to be miserable and desperate.”

See also: Sami Ben Gharbia’s “Soumaya’s Moment of Euphoria: The One-Eyed Beast .. or .. what necessitates no answer in the duel between Soumaya Ghannoushi and Olfa Youssef”; Nawaat, 24 October, 2012.