Over the last two years, and since the toppling of dictator Ben Ali, attacks on freedom of expression in the name of religion, sacrality, moral values, public order, defamation and “denigration of the army” increased drastically. Outdated press and penal codes continue threatening artists, bloggers, whistleblowers, critics and media figures, while the judicial system suffers from a restrictive and repressive legislation and has yet to be reformed. So, how long is this trend expected to have an impact on Tunisia’s Freedom of expression? 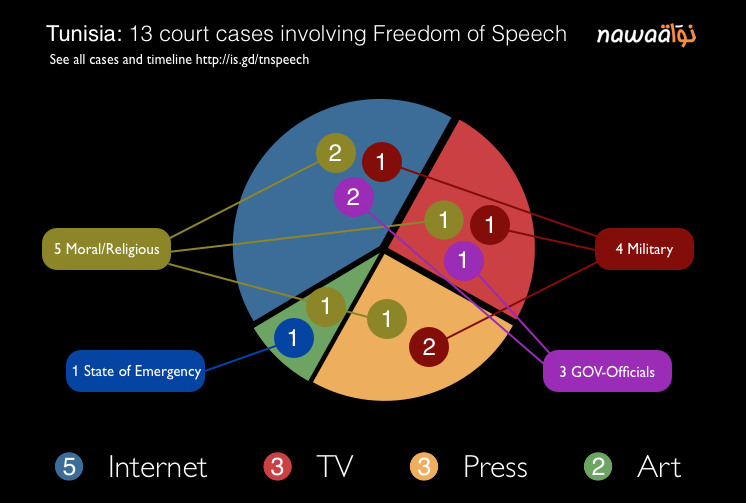 The purpose of this timeline is obviously to identify trends in Freedom of Speech repression since the Tunisian revolution and to understand the historical context behind these indexed court cases. Among the 13 aggregated cases, 5 cases show the growing influence of the religious and moral motives, while the 4 others reveal the dangerous and controversial role of the Military Justice in Tunisia’s Democratic transition.