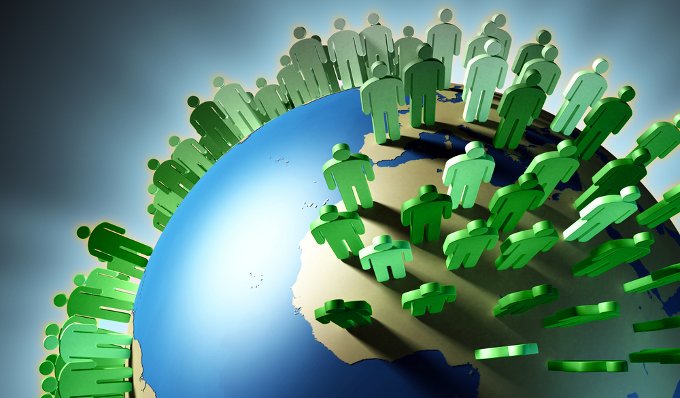 The history of the cultures and nations present today on the northern and southern banks of the Mediterranean are interwoven. Through the complex interactions of people living on both sides emerges the rich cultural mosaics of much of the old world.

These relations weren’t always peaceful but there were always vibrant exchanges taking place: Rome Vs Carthage, Islam Vs Christianity and Colonizer Vs the colonized.

The state of these relations today differs radically. There is a multi-layered iron wall that stands between the north and the south of the Mediterranean. The most obvious layer is the economic rift:

Since colonialism the north continues to enjoy economic prosperity while the south has maintained dependent and week economies. The second layer in the iron wall pertains to the travel ban from the south to the north.

Whereas this ban is not complete, big emigration waves from the south after WW2 have given place to crippling Visa regimes. One could go on to list examples of the cultural rift between Europe and north Africa.

The steel curtain has to fall as the laws of human nature and history do not allow for it. Thus the people of the Mediterranean should already start trying to avert a chaotic destructive fall of the Wall.

We have seen, in the wake of the Arab spring, how economic disfranchisement in the south can jeopardize prosperity in the north: a mere few thousands of Tunisian emigrants threatened to put to halt EU travel treaties that took years to be developed!

I do not believe the future of north/south relations to be one of dependency. Thus I will explore a new way by which the EU and north Africa can be mutually supportive: The demographic exchange!

Part of the Europe’s economic crisis is linked directly to its demographics’ shortcomings. The north continues to suffer from low birth rates and an increasingly aging society. On the long run, this course is unsustainable.

Basic sense (and economics) suggests that the shrinking of the active base will lead to insolvency and social crisis. On the other side, north Africa continues to enjoy a youthful population and the growth prospects are positive on the long run. Nevertheless, joblessness remains a huge issue and it hits the young most.

Theoretically the situation in inviting to perform a “demographic exchange”. To oversimplify, the north would have its retiree population move south and the south would supply with youthful workers and innovation in return! The Idea sounds outlandish. But if this can be tackled in ways that seem less radical than the premise itself.

There can be new incentives for the senior population of the EU. These incentives range from infrastructure adaptation to bureaucracy easing in North Africa. Also, better information should be provided about the ease at which settlers can establish in the south: The linguistic diversity in north Africa could be the biggest example.

Also, establishing even cheaper transportation between the EU and north Africa can make travel and adaptation an issue of the past. The retirees that would opt for this course would see their pension plans become much more valuable in real terms. The host countries would profit economically due to the demand increase.

On the other hand, easing the barriers on the immigration from the south will enable them to extend their job and training prospects. An influx of eager and active work force will supply the economy with  much needed new blood.

It is also anticipated that the competitive edge of EU industries will sharpen and that higher levels of innovation will be achieved. As well as positively affecting production elements, the influx would boost demand and thus there would be an additional economic advantage.

The material bettering for the people of the Mediterranean is not the only outcome. Having larger flows of people between the EU and north Africa will provide fertile ground for cultural understanding and diverse social collaboration.Thus, the two sided egalitarian exchange would be a factor for the provision of solid peace and partisanship.

Nonetheless, many factors make such an endeavor too costly, especially politically. The biggest challenge is the high unemployment rates that the EU is experiencing due to the crisis. In the current conditions, it would be impossible to explain to a constituency how the inflow of southern workers is gonna better the market for jobs on the long run!

It is also very unexpected that southern voters, wary of dependency and filled with hopes would tolerate government spending on  attracting old Europeans!

Given these conditions, I realistically call for fragments of this policy to administered until the Mediterranean demographic revolution happens.