An insider’s account of the crisis at the highest levels of government: The former advisor to the President speaks out. 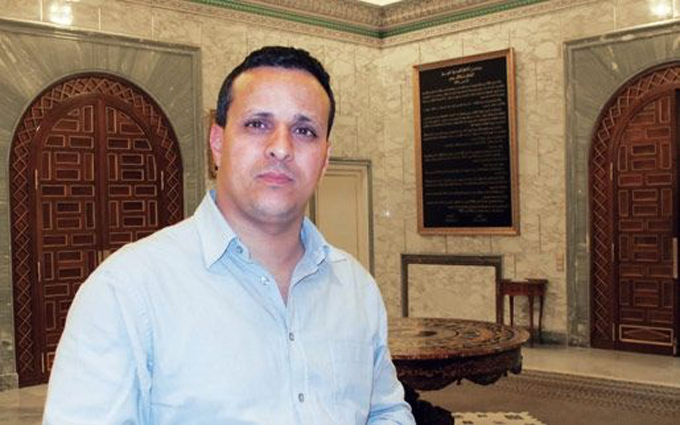 Ayoub Massoudi, the former first advisor to the President of the Republic, in charge of Information, revealed what was going on behind the scenes in the Troika (Ennahda, CPR and Ettaktol) yesterday evening in an appearance on “Fasl al-Makal”, broadcast on Ettounisia.

After his resignation, announced in a blog post on 28 June 2012 in which he states:

“The time will come when I will be able speak about all the reasons for my resignation but, given the current political and social situation I will continue to honour the duty of confidentiality out of love for my country and respect for its institutions.”

The time has finally arrived, Massoudi having relieved himself of the duty of confidentiality. In an exchange with journalist Sofiene Ben Farhat, he will give honest replies to the questions posed. For him, the real crisis in Tunisia is not connected to the figures of Prime Minister Hamadi Jebali or the President of the Republic Moncef Marzouki but is directly related to respect for the notion of the State.

We will hear him question “whether Ennahda recognises the State”. The fact that they made use of the institutions of State (the Defence, Justice, Interior and Foreign Ministries) to extradite the ex-Prime Minister of Libya from Aouina airport, accompanied, on a private aeroplane, by the General of the Libyan Army, represents a betrayal of the legal representative of the State and the Commander-in-chief of the armed forces.

On Sunday 24 June 2012, at around 10:20am and not 5:00am, Baghdadi Mahmudi was flown to Libya, the independence of whose judiciary is very much in doubt. The report of the Tunisian observers – who were in Libya for barely two days to visit the prisons there – explicitly demanded the postponement of the extradition further to the current absence of an appropriate climate for justice and sufficient levels of protection for prisoners.

It’s important to remember that in an AFP article published on the day of the extradition, it is stated that the Prime Minister Hamadi Jebali had already announced on 8 June 2012 to France Presse that Tunisia was going to extradite Baghdadi Mahmudi, with or without the agreement of the President of the Republic.

In the interview, Ayoub Massoudi will explain that his resignation is due not only to the cancellation of the President’s speech or the extradition of Mahmudi but quite properly to the mass of infringements against the principles of the Rule of Law. The most obvious of these being that of the dark day of April 9. The former first adviser will reveal that he had prepared a disk with all the necessary information on what happened on April 9, particularly on the roads adjoining Avenue Habib Bourguiba. In an ill-advised move, a number of the advisers to the President wanted to keep Moncef Marzouki from learning the truth of what was going on, something which helped lead to this crisis.

As such, their failure to occupy the office of President aside, Ennahda’s use of the institutions of State and its political manouevring is reproducing, step by step, the former conduct of the RCD. Massoudi will say that:

“Ennahda is in the process of creating another RCD, this time cloaked in the language of religion, and many others in the CPR share my position on this”.

With regard to his own party, Mr Massoudi will say frankly that there is a lack of clear direction at the CPR.

Watch the clip from Fasl al-Makal:

Response from the secretary-general of the CPR on Mosaique FM in which he continues to insist upon the legality of Mahmudi’s extradition.

Translation by Christopher Barrie from the original French article.