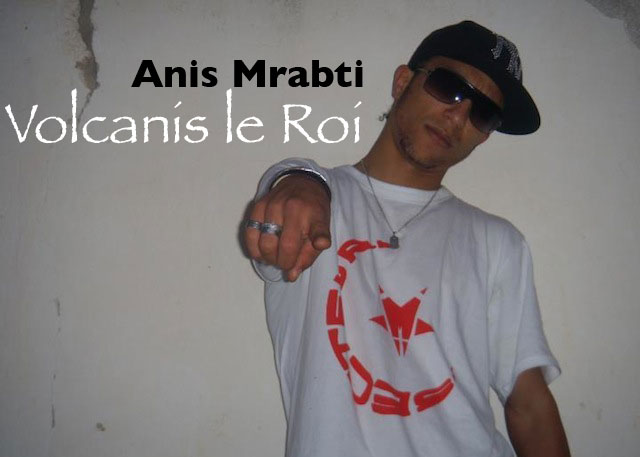 Anis Mrabti, (aka Volcanis le Roi), a 27-year-old Tunisian Rapper has been arrested on Wednesday january 25th, 2012 around 2 pm at his home in El Mourouj neighborhood in Tunis. According to his parents, 6 allegedly plain-clothes police officers broke into the house without showing their police badges or any warrant and asked the young Anis, who was at that time behind his computer, if he was the rapper behind the song “Shay Ma Tbaddel” (Nothing has Changed). When he confirmed, they took him and confiscated his computer and MP3 players without giving any further details to Anis’ parents who were choked by this brutal arrest.

The song in question, Shay Ma Tbaddel (Nothing has Changed), reflects the feelings of disappointment of the singer about the post revolution era in Tunisia. In his song he speaks mainly about police abuses, as well as corruption, injustice, sit-ins, and nepotism that are, according to the young singer, the characteristics of this new era where “nothing has changed” and where martyrs who scarified their lives for the revolution are forgotten while zealous supporters of the Nahdha/CPR new regime are recognized.

Following the online uproar on Facebook, the Interior Minister published a statement on the official Facebook page announcing that the arrest of the young Anis has nothing to do with his artistic activities or with the lyrics of his songs but rather was arrested for criminal charges.

According to Anis’ father with whom we spoke, Anis is being held in Bouchoucha detention center and will appear tomorrow at Mornaguia court for drug consumption.