While Tunisia is moving smoothly on its very sensitive and critical process toward achieving the goals of our revolution and the establishment of a new democratic political system, few questions remain unanswered:

The more optimistic outcome of our revolution would probably add another set of interrogations:

Freedom of choice is an obvious asset for any system that tends to be democratic. But, does it make any sense to have the freedom of choice without having the freedom of access to the information we need when taking decision about the choice itself?
Freedom of speech is one of the primary claim we had even before the revolution. But, wouldn’t be senseless if we had the possibility to express our opinion without having the possibility to make real what we stand for?

When we think about the process from this perspective, two concepts just pop up as a must-have: Transparency and participation.

The most obvious limitation of a classical representative democracy lies in its centralized decisions making process that lacks participation and engagement and also in its rigid structure that lacks openness and flexibility. Consequently, what can we bring as alternative?

Open government is the governing doctrine which holds that citizens have the right to access the documents and proceedings of the government to allow for effective public oversight. In its broadest construction it opposes the reason of the State and racist considerations, which have tended to legitimize extensive state secrecy.

OpenGovTn is a network of Tunisian activists acting toward pushing the transition process in post-revolution Tunisia to implement the aspects and concepts of Open Governance. Being in the early stage of the constitutional founding process makes this the momentum and gives to all of us the historical opportunity to make it happen. Making sure that the new constitution includes clearly clauses that guarantees and protect the principles of Open Government is the ultimate goal of the group.

In order to raise awareness of both the public opinion and the decision makers (basically the Constituent Assembly members) about the Open Government concept, the group launched a campaign entitled “7ell” which means literally, in Tunisian dialect, “Open” (a verb).

During days the group buzzed the social media sphere, online magazines and radio stations with creative materials and articles about the OpenGov and OpenGovTn. The contribution of some top communication experts helped spreading the word in a timely manner.

Mehdi Lamloul, a communication expert and a member of the OpenGovTn group explains in this blog post how the campaign was made and how it has impacted in no time the media scene in Tunisia.

As a result of the enthusiasm and commitment of the group and its network, the Constitutional Assembly just voted, on what we can consider a first great victory of the cause, a law that consider that the public broadcast of the assembly’s meetings is the rule and its secrecy is an exception. 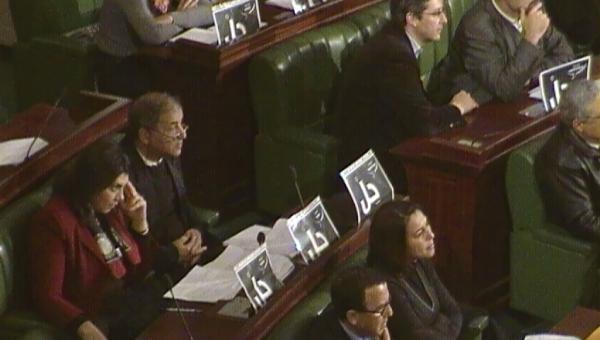 Lobna Jribi, member of the Assembly, explains that the Open Government is also a protection for the politicians themselves.

It has just started!

The vote is, no doubt, a milestone passed but the road is still so long ahead to get to a total transparent political system and a real participative decision making process.

The fight for Open Government in Tunisia has just started and it’s, on my opinion, the very particular cause to support if we want to create a valid alternative system that delivers the promises of our Revolution and protects the democracy we all aspire to build.

Please stay tuned and support the cause by joining the Facebook group, and following it on Twitter (@OpenGovTn). You can also follow the hashtag #OpenGovTn and the discussions around the 7ell campaign #7ell on Twitter.