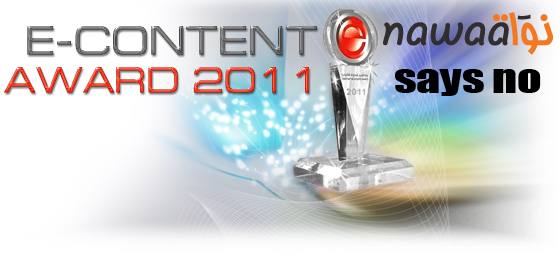 Tunisian award winning* blog Nawaat has been named the winner of the Arab eContent Award 2011, in the e-Inclusion & Participation category. Nawaat refuses to attend the Bahrain IT Expo 2011 Opening Ceremony to receive the award from Shaikh Mohammed Bin Mubarak Al Khalifa, Bahrain’s Deputy Prime Minister, Chairman of the Supreme Committee for Information Technology and Communications.

Since the eContent Award is officially sponsored by the Bahraini eGovernment Authority and since Nawaat’s position has always been to avoid any form of support from government organisations, we reject this award in protest against the Bahrain’s Internet filtering practices, the arrest of scores of bloggers and human rights activists and the arbitrary blocking of hundreds of websites and blogs that are critical of the Bahraini government and its ruling family. 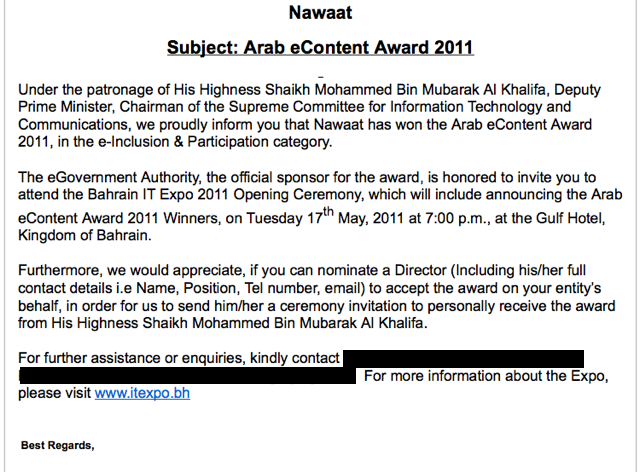