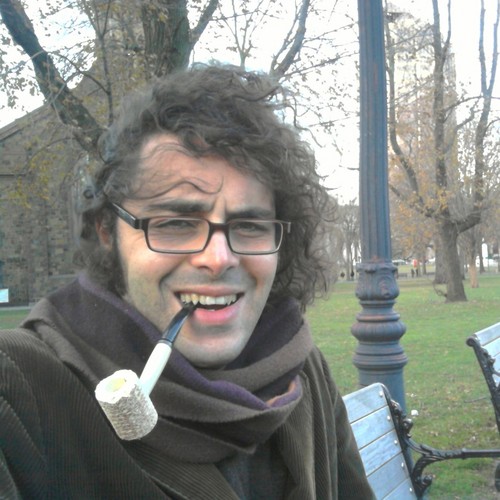 Activist and blogger Slim Amamou was arrested today, January 6, around 1pm. At this time, his friends and colleagues have no news from him, nor do we know the exact circumstances of his arrest. He had to go to work after completing a technical inspection of his vehicle. The latest news from Slim was a tweet around 1pm.

tweet: “404L fails the exam because of the light on the license plate. I am becoming a TV star.”

At 6pm, Slim Amamou revealed the position of his phone on the FourSquare social network, which allows its users to report their locations using geolocation. The position of Slim’s phone stated that he was at the premises of the Ministry of Interior on Avenue Habib Bourguiba as evidenced by this screenshot. 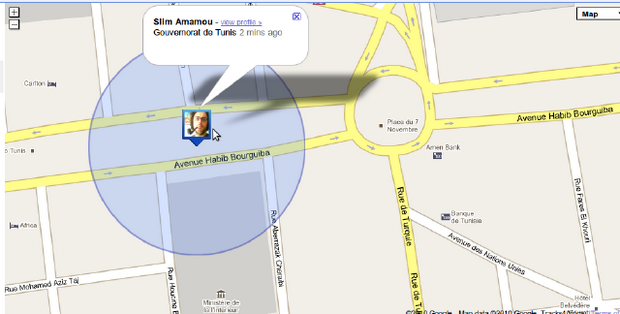 Slim Amamou warned friends that his home was being guarded by police since yesterday and that this morning, a police presence was noticed around the home of one of his friends. Several anonymous calls reached his workplace.

Again, Slim Amamou is one of the best known Tunisian bloggers. He denounced last year a phishing operation of Tunisian email accounts. He was also among the initiators of “Operation Nhar 3ala 3ammar” and one of the organizers of the protest against censorship on the 22nd of May, 2010 in Tunis.

The day before that event, he was arrested with his co-signer Yassine Ayari and detained for more than 12 hours, at the end of which he was forced to record a video calling for the cancellation of the event